KATHMANDU, August 13: The Ministry of Home Affairs (MoHA) has urged victims of loan sharking to file complaints along with evidence. This comes in the wake of the rising number of victims of such cases in Nepal.

Issuing a public notice on Saturday, the MoHA has solicited people’s help to bring the swindlers behind bars. “Although the cases of Nawalparasi have come to a limelight recently, it could have spread in the majority of other Terai districts as well as across the country,” reads the MoHA’s press statement.

The MoHA has urged all such victims to file complaints at their respective District Administration Office (DAO) along with evidence.

On Friday, a Task Force was formed to take steps for the containment of loan sharking following the directive of Prime Minister Sher Bahadur Deuba. The six-member Task Force formed by Home Minister Bal Krishna Khand is led by Joint Secretary at the MoHA Dr Bhishma Bhusal.

According to the MoHA, the Task Force held talks with the victims of loan-sharking from Pratappur and Susta rural municipalities of Nawalparasi West, who have been staging protests at Maitighar Mandala, Kathmandu.

The Task Force that has been given a deadline of a week is visiting districts that have reported cases of loan sharking to find out the causes of it and ways to bring those involved in the practice of lending money at unreasonably high interest rates under the purview of law. 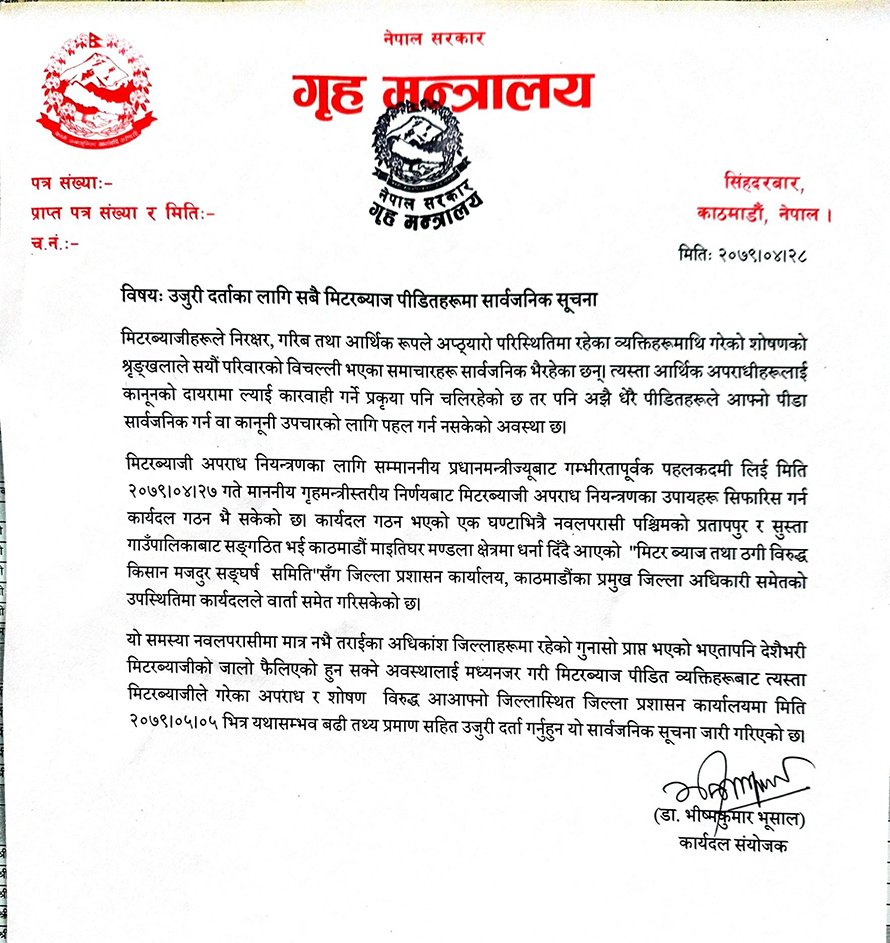 SURKHET, July 4: Dhankumari Khatri’s life was simply normal and happy until two years ago. She would work harder to ensure... Read More...