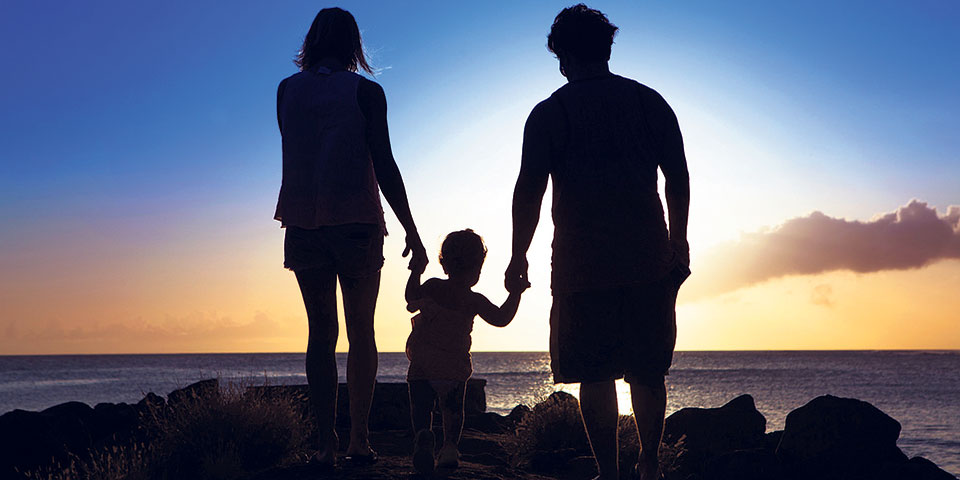 Nobody said raising a child would be easy but, these days, parents claim that they find the task to be more challenging than ever before. Is it really that they get difficult to handle with each generation? Or have many parents’ simply missed a crucial memo?

Umanga Jung Parakram Shah, Psychotherapist at Nepal Academy of Psychology, deals with queries on parenting tactics on a regular basis. Here he sheds more light on the matter.

What sort of child rearing problems do Nepali parents bring to you?
It seems the alarm rings with behavioral issues. “They don’t listen to what I say.” “They don’t do as I tell them to do.” But most bring their kids to us when their child’s academic performances suffer.

There is also the generational gap between Nepali parents and their kids today. While the parents grew up considering their father’s and mother’s words as law, hardly ever disobeying them, this isn’t how kids today behave. Today children are part of the globalized citizen of the world with a lot of exposure and they are not submissive to their parents like generations before them. Nepali parents talk about a lot about this as well. They ask, “How do I parent such kids?”

So what’s your answer? How does one parent kids today?
There is no system to parenting. There aren’t any specific tried and tested methods that you can apply for successful results and this is because each kid is different. They have different temperaments, personalities, ideas and so on. A good parent considers all this while dealing with their child. This means the mother and father of multiple children might have to parent their own children differently. It’s only natural.

Today, it is important to realize that you can’t be a dictator at home. Whenever parents talk about their children not “obeying” them or of ways of “controlling” them, you know they are going about it the wrong way. Raising kids isn’t like raising animals. Parents are supposed to provide a learning environment, guidance, and support so the kids can develop.

As modern parents, you can’t ask your child to study because “you say so.” Don’t set rules without explaining the reasons to them because you can bet, they will wonder why they have to follow through. Your job is not to skirt the questions but to explain things to them.

Empathy is key. It’s recommended that parents put in the effort to improve their communication with their children. Problems arise when you prioritize your wants and opinions before considering the kid’s feelings and thoughts.

Some might not see the point of communicating with their kids because they are children. How much can they understand?

Our goal here isn’t to evaluate the kid’s capacity, or his ability to separate right and wrong. Our aim is to give the child an opportunity to learn. Regardless of the subject, when we do pursue a conversation with children, we are giving them more exposure on the matter. Indeed, they might not understand everything but they are getting a chance to understand it.

We have found that children who have had parents sharing things about their own lives or about their day with them have better empathy, analyzing skills and rationale. Some may be surprised but children, even smaller ones, have the ability to pick a lot from conversations and social interactions.

Also communicating and sharing is as much for the parent as well because you can’t dismiss the importance of knowing your child’s personality. Engaging in conversation is a good way to learn about your own child and how they are developing and changing.

You think this will help parents avoid behavioral issues?
It helps build a favorable environment for them to develop. When we see a child misbehaving, we are often quick to label the child as a naughty kid or a stubborn kid but in majority of the cases, we find that the child isn’t the problem. It’s the environment that they are growing up in. I’d say 70 percent of behavioral problems is because of the child’s environment. So I’d say it’s a dominant factor.

For instance, we had a parent come over complaining that their child was incredibly stubborn and entitled. He was apparently demanding a motorbike worth around 25 lakh and causing quite the raucous at home since he had been denied. But during family counseling, we traced the problem back to his childhood. The parents immediately met his demands as a child. There was a pattern.

Likewise, there are also many cases where parents continuously reject their kids of things they want or do. They end up saying, “no” to everything. We found that toddlers from such households pick up this habit. They become more comfortable saying “no” to the things their parents want them to do.

So it’s about being conscious about the decisions that you make, the little details that make up your child’s environment because they clearly shape their behavior.

You can even use this to your benefit. For example, if you feel your child is being lazy, don’t nag or shout at them. Find things that interest them and put them in those extra classes. Take them singing, dancing, painting, rock climbing, and create a routine for them. Choose how you will parent your child.

But what if a child already has behavioral issues? Is it ever too late to change their habits?
As I mentioned, a so-called problematic child isn’t acting so because of her personality. Rather than judging the kid, it is important to explore the circumstances from the child’s side. What were her expectations and her understanding? Let’s think about that.

How do you know you should seek a psychologist for your child?
Counseling is for our emotional wellbeing. Seeking it is still considered a big deal in Nepal but that shouldn’t be the case. I would compare it to taking up a gym membership and exercising when we feel we need to lose weight. As individuals we are bound to feel stressed for various reasons.

Whether they are work related or because of family discord, spousal relationships or your children, therapy provides the support that one needs to deal with it all.

I have heard kids ask their parents if they are being asked to go to a counselor because they are seriously ill. Some worry they will be teased by their peers if the friends find out that they have been visiting a psychologist. But all this is just prejudice.

You seek a psychologist for yourself, your child, or whole family when you feel the need for some professional support. Here, we share, explore the problems, and try to understand them together.

Now that you have finally survived long days of pregnancy, and painful childbirth, you are officially parents.  You find out,... Read More...

Revival of Gurukul in modern era

KATHMANDU, Nov 5: Seventh grader Om Mahaseth does not prefer to return to his home in Dhanusha district. He is happy... Read More...

Recently, while commuting in a fully packed public transport and a six-year-old wouldn’t stop crying. Apparently he didn’t want to... Read More...