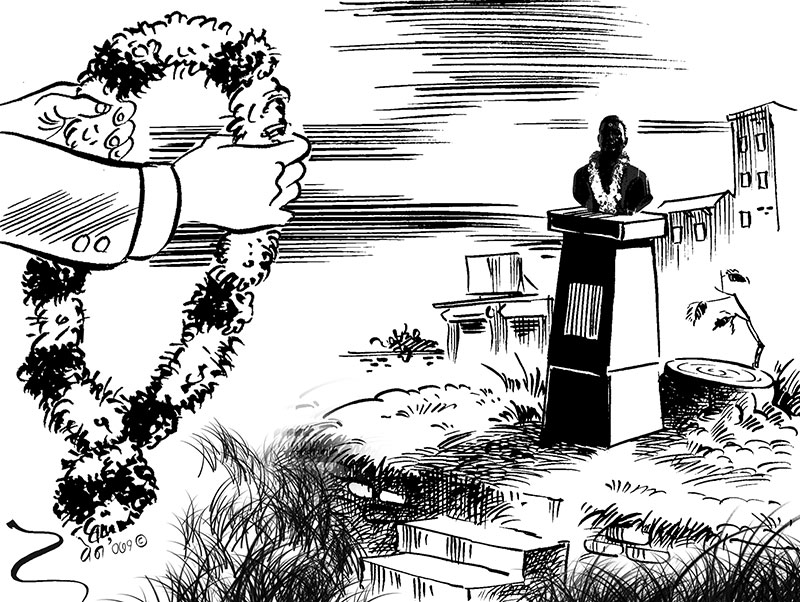 Most of those who have been declared martyrs after 2007 are actually the victims of police brutality and angry mobs
When Father Jacques Hamel, 85, was killed inside a church in France last month, conservative Catholics described him as “an archetypal Christian martyr.” But many others called Hamel, who was slaughtered at the altar by two Jihadists, a victim of growing hatred against multicultural and multi-religious society. Even Pope Francis described the priest’s murder as “absurd”, rejecting the call for his “Sainthood”. This is one example of how the Western society refrains from declaring anybody a martyr. Martyrdom is a rare honor conferred on rare people. But this is not the case in Nepal.

Authorities here have failed to distinguish between victims and martyrs. The majority of people declared martyrs by post-2007 governments are actually victims of police brutality and frenzied mobs. But they have been given martyrdom nonetheless.

A martyr is a person who suffers persecution and death, voluntarily, for the sake of his belief and convictions. Originally the word was used for those who suffered for their religious faith. Today it is used for people executed for espousing a political cause.

The value of martyrdom is great. This is why shrewd dictators shun martyrdom of their enemies as they think the dead are more dangerous than those alive. Manipur’s ‘Iron Lady’ Irom Chanu Sharmila was on a hunger strike for 5,757 days (yes, you read that right). She was force-fed through a nasal tube for nearly 16 years to keep her alive. She wanted the Armed Forces Special Powers Act (AFSPA) in India to be repealed. The authorities kept her alive because letting her die would have posed them with a unique challenge.

Except for fanatic jihadists, who consider suicidal acts valid cases of martyrdom, martyrdom is a rare honor given to the person who is killed by the oppressor. This is the case everywhere in the world.

Jihadists believe those who die in war against so-called infidels will be rewarded 72 Dark Eyed Virgins in Paradise. Therefore many Jihadists celebrate the day of so-called martyrdom of fellow Jihadist to encourage young people to become suicide bombers.

Even our own Madheshi leaders lured innocent people for so-called martyrdom during the most recent Madhesh protests, promising to compensate their death with Rs 5 million each for their families after the provincial government was formed.

Today, Madheshi Morcha leaders are making a mockery of martyrdom by demanding martyrdom for an Indian national killed in a clash with police. Morcha demands that the government provide a million rupees to the family of Ashish Kumar Ram, a local of Raxaul-11, India, who was killed in police action on November 2nd last year.

“We have been demanding that those killed in Madhesh Movement should be declared martyrs irrespective of their caste, sex and nationality,” says Rajendra Mahato, Chairman of Sadhbhawana Party.  “The Indian national should receive the same respect given to other martyrs,” he added.

Nepal has long history of political martyrs who voluntarily sacrificed their lives for the cause of freedom and democracy. Lakhan Thapa was hanged to death by the Rana government for revolting against the autocratic Rana rule. He is the first known martyr of Nepal. Some historians draw parallel between Lakhan Thapa and the great Indian freedom fighter Bhagat Singh, who revolted against British Raj in India.

After the 2007 movement, the Home Ministry declared 101 Nepalis as martyrs. Of them, 26 were involved in the movement, 30 were involved in Madhesh uprising, one was a journalist and others included government officials and security personnel killed by armed forces in Tarai. Those killed by criminal gangs were also included. A nine-year-old boy who was killed when he mistook a bomb for a toy and Kulman Pariyar and Laxmi Thapa, the lovers who committed suicide together after rumors of Laxmi’s pregnancy, were all enlisted as martyrs.

After Pushpa Kamal Dahal became the prime minister in 2008, his government declared 8,000 Nepalis killed by the rebels and security forces as martyrs. Family of each martyr was provided Rs 100,000 in compensation. When Baburam Bhattarai succeeded him after two years he doled out additional Rs.200, 000 to each family of 8,000 ‘martyrs’.

According to the Ministry of Home Affairs, erstwhile government of KP Sharma Oli provided a million rupee each to 41 families of those killed during Madhesh protests. The new Dahal government, in a bid to placate Morcha leaders, has decided to give them as much as they have demanded. So Morcha leaders have cooked up some names of those apparently killed or injured and submitted the list to the government. This is not done.

We have greatly devalued martyrdom. The danger is that we will soon forget its real meaning.

KATHMANDU, July 23: The All Nepal Football Association (ANFA) is organizing the Martyr’s Memorial A-Division League after a halt of five... Read More...