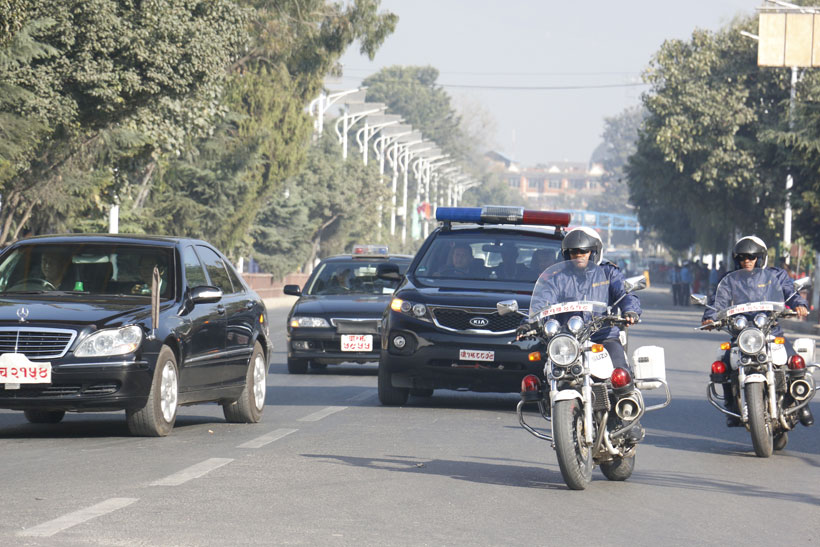 Twenty-eight cars and 14 motorcycles were used for the mock cavalcade. The mock carcade started from the Army Headquarters at Bhadrakali and proceeded towards Soaltee Hotel at Tahachal and came back to the City Hall at the Exhibition Road.

The mock cavalcade comprised of the limousine carrying the high dignitary which was escorted in front and behind by the security vehicles, a vehicle with a 'jammer' which can disconnect communication, and an ambulance.

Deputy Superintendent of Police at the Metropolitan Traffic Police Division, Gyanendra Pakhrin, said the mock drill of the carcade has been carried out today at the places where the Indian President will be travelling to.

The general public who were heading to different places in connection to giving and receiving bhaitika on the occasion of Tihar festival faced inconvenience for some time due to the mock carcade as it led to obstruction of road traffic.

The Traffic Police has urged the general public to use alternative routes for travel at different times on the designated days during President Mukherjee's visit as some slight inconveniences might arise in the movement of vehicles due to his cavalcade on those days. RSS

Ministries to get different responsibilities during Indian President's Nepal visit