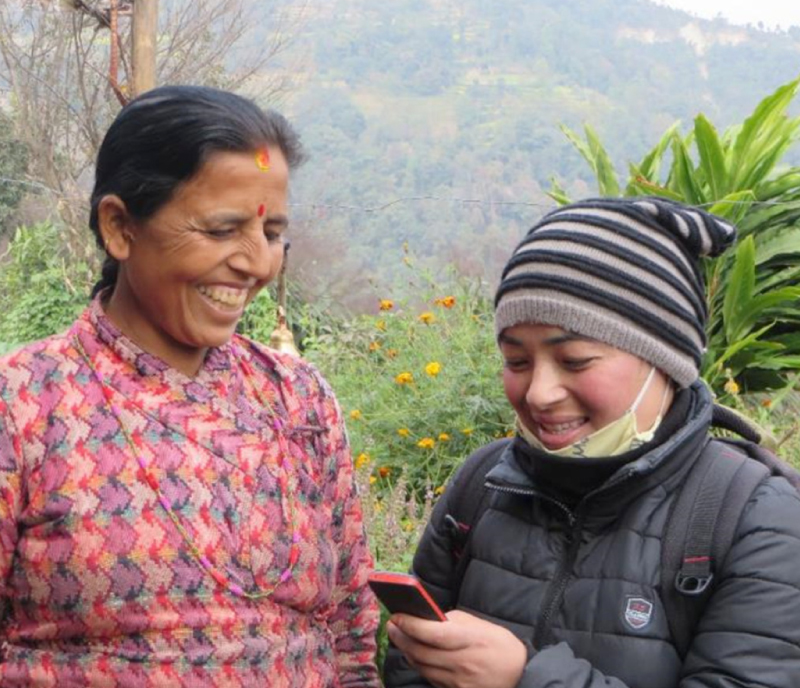 BANEPA, June 9: Former minister for Science and Technology Ganesh Shah used to always share a vision where farmers across the country would adopt e-agriculture. During his tenure, he shared this vision in every public meetings and seminars. He would say, agriculture in the country would develop by leaps and bounds if e-agriculture is promoted. Shah initiated for and promoted an e-village in Banepa, where practice of smart agriculture has been delivering encouraging results these days. Adoption of modern information technology and communication process into agriculture has brought about visible changes, say farmers who are involved in the program.

Four VDCs of Kavre were merged for this model e-village. As per the plan, internet facilities were extended to all government schools. Agriculture was adopted as a compulsory subject in the schools. Through internet, information on farming was sent to locals. The information included basic ways of farming, new technologies, and updates on new farming opportunities, vacancies and announcements from related organizations.

“Mobile phones and internet facilities are becoming more common. Their reach is expanding to remote areas. So, e-agriculture has now become possible than ever. We must promote it as much as we can,” said Shah. “Animal husbandry and agriculture can develop significantly if the entire country adopts new technologies,” he added.

According to him, use of information technology is essential for boosting agricultural production. And if this is not adopted, the country would lag far behind others, he stated.Though e-agriculture is getting popular, the focus of early adopters is still not on using it to increase production.
Adopters have been mostly using it in easing distribution of their produce. Shah said that farmers in Kavre and that across the country should focus equally on ways to enhance their production.
“Production of crops and vegetables can be boosted if farmers use e-agricultural methods to test the quality of soil, water, seeds and climate suitability,” he said.

Shah was actively involved in preparing the Agricultural Development Strategy, 2072. The paper aims at promoting smart agricultural practices across the country.

As part of the strategy, the center provides information related to agriculture and climate through internet to district headquarters and subsequently to locals in each districts, among other programs. World Bank has been supporting the government in its e-agriculture initiatives.

Most of the times, farmer bears loss just because of the lack of information or lack of knowledge, said Shah, adding that e-agriculture prevents such losses. According to him, climate change is emerging as a serious issue all over the world, including Nepal.
“Our farmers have also experienced extreme weathers and climate. In such scenario, they need help of experts on deciding if they should continue growing traditional crops or switch to crops that suit their climatic and soil conditions. If they get all the information they need on their mobile devices, it will makes their life very easy.”

Shah suggested farmers to visit the agricultural ministry project website, www.namis.gov.np informing that the website provides all the information that farmers require. Farmers can download mobile app on their phones from it, Shah said.
Bishnu Prasad Ghimire, national project director of Nepal Agriculture Management Information System (NAMIS), stated the project is introducing more features to make the facility even more user friendly. These includes, he informed to Republica, providing separate smart phones with sim card, weekly bulletin, agricultural apps to target groups. Farmer friendly call centers have been established at the district level, said Ghimire.
“Growing number of farmers uses mobile apps these days. That’s very helpful for them. And call centers are also getting popular among them,” he noted.

Ghimire said that 63 groups from the Tarai region, 43 groups from the hills and 20 groups of farmers from high altitude areas have been directly benefited from the government’s e-agriculture program. “We have provided those groups with necessary tools and equipments as well as skills and knowledge to use the technology. They receive the information disseminated by us and implement them,” he stated.

Ghimire informed the program is being extended to 25 more districts. With support of several NGOs, the government is going to make it even more effective, he said.
Agriculture expert Rajendra Devkota said that farmers can actually enhance production if they learn to use smart phones and tap into resources provided by agriculture related apps. “We cannot afford to continue traditional farming. Information is at the finger tip these days and our farmers must learn using that to their benefit,” he said.

Govt forms panel to probe death of rhino
58 minutes ago