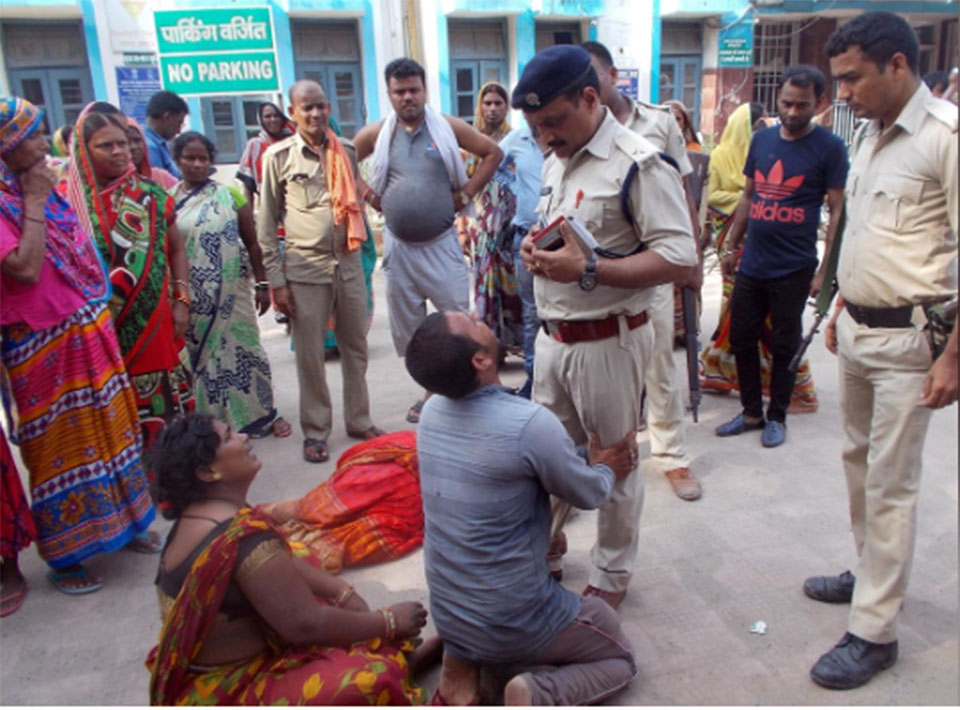 Relatives of the victims of a mob lynching incident speak to a police officer as they mourn outside a hospital in Chapra in the eastern state of Bihar, India, July 19, 2019. REUTERS/Stringer

NEW DELHI, July 19: A mob on Friday beat to death three men suspected of trying to steal cattle in India’s eastern state of Bihar, police said, the latest in a spate of attacks that have provoked alarm among religious minorities.

In recent years angry mobs have lynched many people from marginalized groups in India, especially Muslims and the Dalits who occupy the lowest rung of the ancient caste system, often over suspicions of cow slaughter.

The three men were caught by some villagers early on Friday while trying to load cattle on a pickup truck, police official Har Kishore Rai said.

“They were trying to load a buffalo and a calf when some villagers woke up and took the three into their custody and beat them up,” he said, adding that the men had died.

Police have filed a case of theft against the three men, and the villagers face a separate case of murder filed by the victims’ families, naming three accused people, although more names are likely to be added, Mishra said.

Activists have tracked a rise in the number of mob lynchings in the last five years that Prime Minister Narendra Modi’s Hindu nationalist government has been in power. Critics accuse it of not having done enough to rein in such violence.

The Supreme Court last year recommended making mob lynching a separate offense. In July, opposition parties in Bihar demanded a separate law against mob lynching in the state, where they say the problem is growing.

No one should die in search of hospitals, says lawmaker Lingden
14 hours ago