MMC into semifinal in Bangladesh 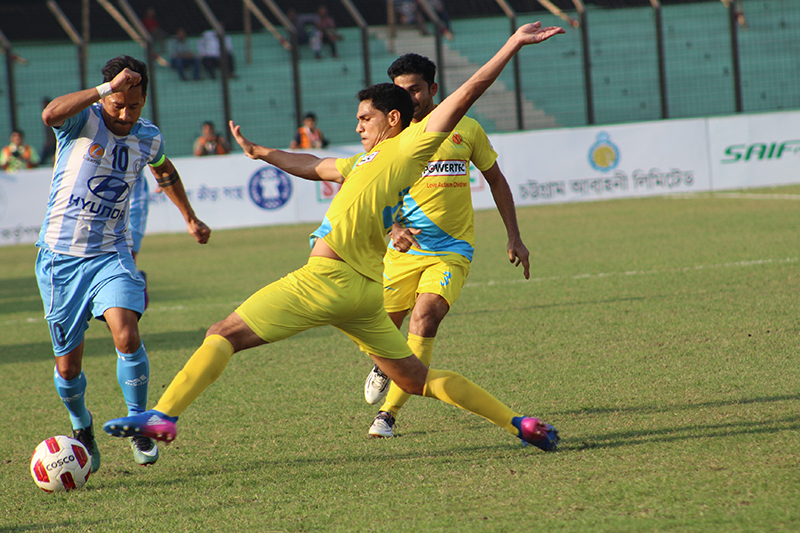 A draw or defeat of Mohammedan would have sent Manang packing home after the Nepali outfit faced a 2-2 draw against home team Chittagong Abhani Limited despite producing 2-0 lead in its last group match on Friday.

Manang took early lead in the match when Olawale headed in the 13th minute in a header pass set by skipper Anil Gurung. Olawale doubled the advantage for visiting Manang in the 23rd minute collecting a long pass of Rohit Chand.

Chittagong cut the deficit in the 32nd minute with Nasir Uddin Chowdhury's goal after he was set by Jamal Bhuiyan.

Manang's hope of making semifinal in its own was shattered in the 62nd minute when Chittagong was awarded penalty in the 62nd minute after Devendra Tamang handed ball inside the danger zone. Chittagong's forward Augustin Walson made no mistake from the spot to make the score line 2-2.

KATHMANDU, Sept 8: Nepal has reached to the semi-final of the SAFF Championship 2018. In its third group stage against,... Read More...