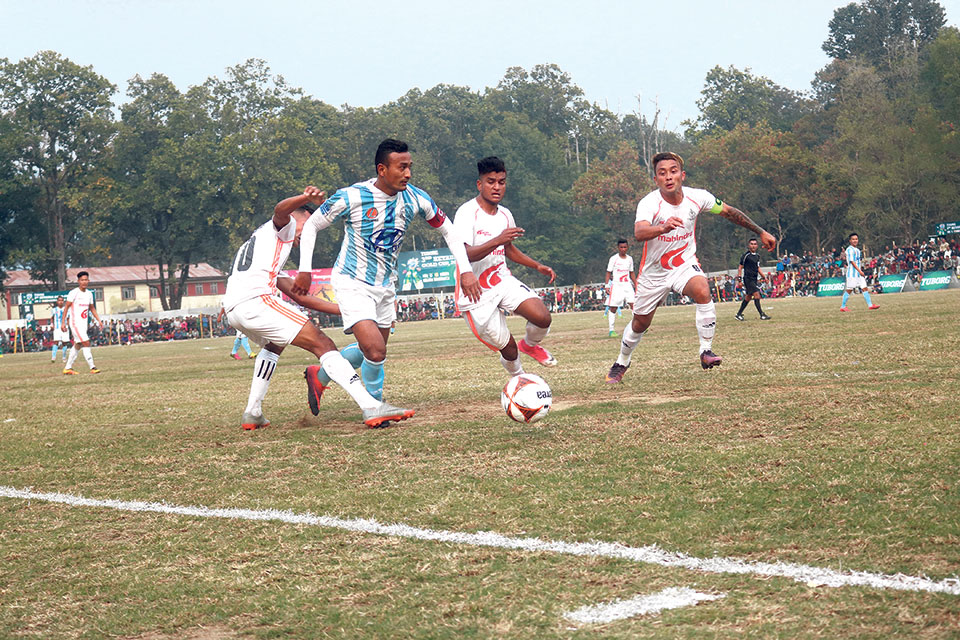 At the he only goal scored by Sujal Shrestha from the spot was all that was needed for MMC to grab the win in the curtain-raiser match.  At the Institute of Forestry in Hetauda, MMC was rewarded the penalty when APF’s Suraj Gurung fouled African player Victor in the 29th minute.

Anjan Bista was named the man-of-the-match.

MMC head coach Chiring Lopsang Gurung said that despite getting the win, the performance was not good in the absence of 2-3 foreign players.

APF’s head coach Ratna Kaji Maharjan complained about the referee’s decision in the win and also added that his players could not finish the chances they got in front of the goal.

The tournament, being played in knockout format, will also reward every man-of-the-match with Rs 5,000 each.