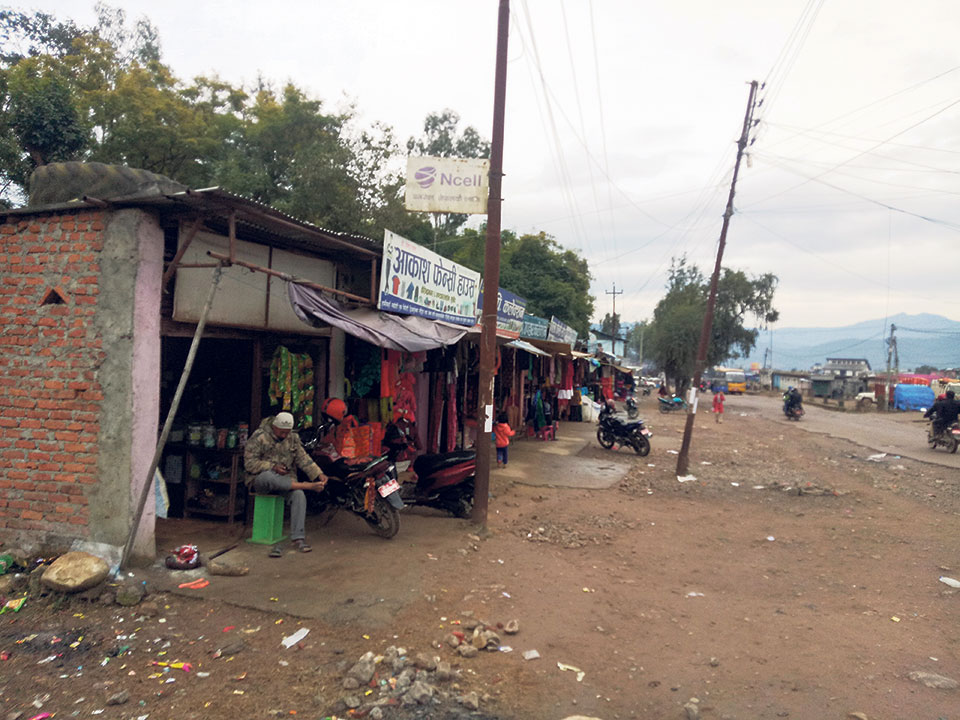 SURKHET, Jan 19: On May 29, 2015 an agreement was signed between the Municipal Development Committee, Surkhet and Sushil Raj Sharma, to lease out one and half katha land and a house for 10 years with monthly rent of Rs 20,000. According to the committee officials, Sharma has so far paid only Rs 340,000 whereas his outstanding dues stand at Rs 780,000.

The land leased by Sharma was given to a third party and buildings were constructed on the land. “According to the agreement, he needs to pay the rent every month,” said Khadak Bahadur Rana, assistant account officer of Municipal Development Committee, “Timely reminder has not helped and he has not paid since the last three years.”

According to the committee officials, Sharma and many others have taken buildings and land on lease from the committee but have failed to pay the rent.

In July 2014, Punam BC had taken lease on a land owned by the committee to operate Cottage Inn Restaurant with the rent of Rs 4,080 per month. Punam has not paid rent to the committee for the past two years. BC needs to pay more than Rs 118,000 but she has failed to clear her dues.

Sunita Lama had taken lease on a land from the committee to operate Rara Nasta Pasal with the monthly rent of Rs 6,750. Lama is yet to clear her dues of Rs 200,000. Both women have not even renewed their agreement which expired on mid-June.

The Municipal Development Committee has provided 12 katha of land and buildings on lease to 166 people. The committee expects to collect Rs 700,000 from the leases but majority of the lessees have failed to pay the rent and renew their agreement. “Most of them do not pay rent on time,” he said, “There is misuse of government land.”

COVID-19 test begins in Surkhet; starting from today in Hetauda from today

SURKHET, April 2: The COVID-19 test lab has come into operation in Surkhet from today. ... Read More...

RARA, March 28: A woman who had been facing problems giving birth since the past three days was airlifted from... Read More...