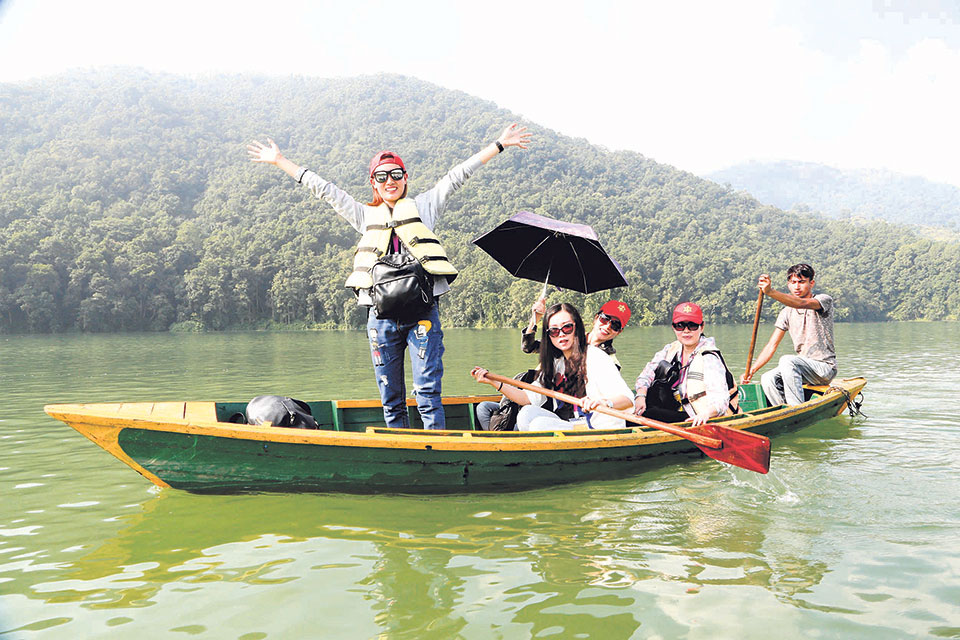 KATHMANDU, July 22: The Ministry of Culture, Tourism and Civil Aviation has set 10 milestone actions to attract more Indian and Chinese tourists to Nepal. The set of activities have been devised to address the target set by the government in the budget for the Fiscal Year 2018/19.

Since India and China are the major markets for Nepali tourism industry, the ministry has decided to go with a separate strategy to encourage their citizens to visit Nepal, according to the ministry.

The first milestone activity will be to allocate 10 percent budget each for activities targeting India and China out of the total marketing budget of Nepal Tourism Board (NTB).

Likewise, the third milestone is to conduct all season travel fair and travel mart expos in India and China. These events have been expected to attract Indian tourists in Nepal during summer season, who are looking to go toward the hills to avoid high temperature, while it will encourage Chinese tourist to visit Nepal during winter season. This will surely help to establish Nepal as an all season tourist destination, the ministry said.

Likewise, the ministry has planned to run promotional programs for Chinese tourists through social media platforms such as WeChat and Weibo.

Tour and trekking guides speaking Chinese language have always become in high demand by Chinese tourists. To address this demand, the government will provide language training to tour and trekking guides. Meanwhile, the government will also organize familiarization trip to Nepal for at least 60 Chinese media personnel and tour operators in October.

The 10th milestone of the ministry is to produce at least five promotional videos of Nepal in Chinese language, so that Chinese tourists could learn more about Nepal.

Since both China and India are potentially big markets for the Nepali tourism industry, the government along with the private sector has always been making efforts to attract huge number of tourist from these countries. Toward this end, the NTB recently launched a Chinese version of its website. Furthermore, it has been running Chinese language classes to tour guides in an association with Chinese Embassy. Promotional campaigns are being conducted in India also.

Nepal is working toward achieving its target of welcoming two million tourists by 2020, and it pins hope on the Chinese and Indian tourists to meet that target.