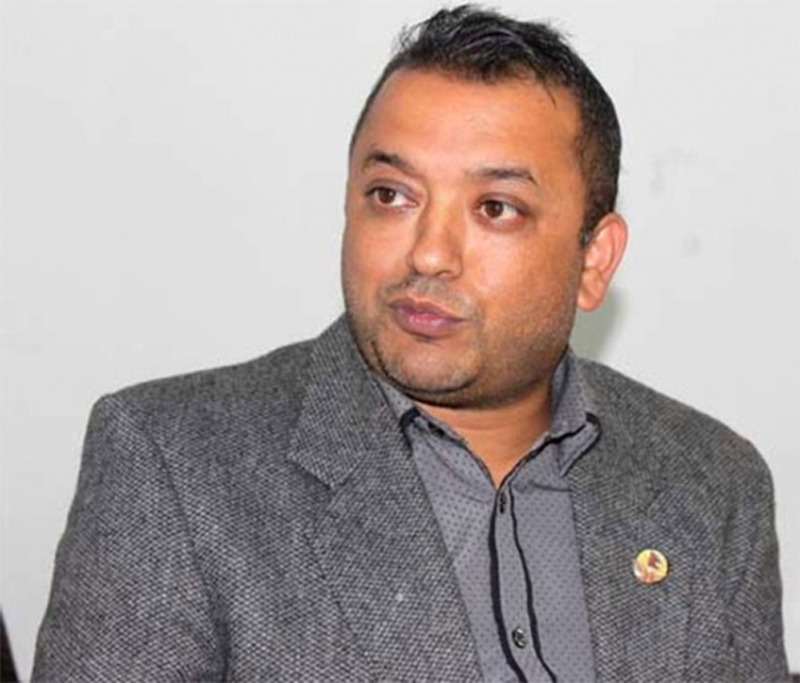 CHITWAN, Sept 22: Minister for Health Gagan Kumar Thapa has reaffirmed his commitment to address the demands put by Dr Govinda KC who has already staged fast-unto-death eight times, fighting against the anomalies and aberrations in the medical sector in the country.

Speaking at a press conference organized by Nepal Press Union, Chitwan Chapter in Chitwan today, Minister Thapa also reiterated his conviction for reforming the medical sector. Thapa assured that the public could witness the changes in this sector in three months.

Minister Thapa argued that it was a wrong mentality to assume that there should not be any discussion in the parliament on the Chief of the Commission of the Investigation of Abuse of Authority (CIAA) and other Commissioners in the anti-graft body.
Thapa recalled the incident when he, together with two other parliaments, had registered proposal of public importance in the parliament, seeking to hold discussion on the demands raised by Dr KC.

He added, "I registered the proposal of public importance at the capacity of a parliamentarian. Now I am assuming responsibility as the Minister of Health. It is the duty of all other parliamentarians to raise the issue."