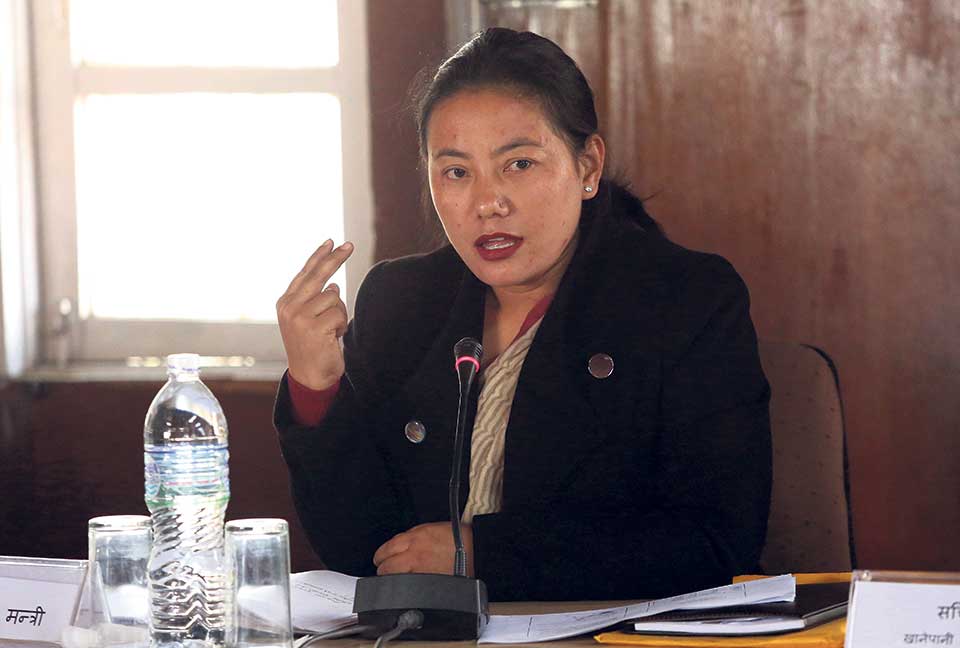 Magar's statement comes after Darshana accused her of indulging in corruption over long-delayed Melamchi project.

"Anyone has right to file complaints at the CIAA. But nobody has right to assassinate my character. What will happen if the allegation against me is not proved? I am ready to face any kind of punishment if the allegation is proved," the minister stated responding to a complaint filed by Bibeksheel Nepali Party leader Darshana over alleged corruption in the Melamchi project.

Minister Magar said that she has been making incessant efforts to complete the works of stalled Melamchi project. "Everything was on track before the Italian contractor walked away from the project in December," she argued.

The mega project faced unexpected hurdle when the contractor left walked away from the project in December last year. The government waited for the company to return but eventually terminated the contract signed with it in the first week of February.

According to project officials, only around 5 percent of works to divert Melamchi waters to Kathmandu are remaining.

MWSP officials say that if the procurement process for remaining works, which is expected to cost Rs 600 to Rs 700 million, is started immediately, they can bring Melamchi waters to Kathmandu by July.

Minister Magar maintained that Melamchi waters can be brought to Kathmandu at the earliest only by bringing the Italian contractor back. Project officials say that they cannot work as per the minister’s wish as such an act could come under the scanner of anti-graft bodies.

“The only way is to begin the bidding process anew in a fast track mode through a cabinet decision,” an official at the Office of the Prime Minister and the Council of Ministers said.

Minister Magar had sent four officials, including her personal assistant Bijay Dev Bhattarai, to Singapore in the second week of Singapore to hold talks on issues raised by the Italian contractor. Before they returned from Singapore, Melamchi Water Supply Development Board issued final contract termination letter to the Italian firm.

Here is the full text of the press release issued by Minister Magar : 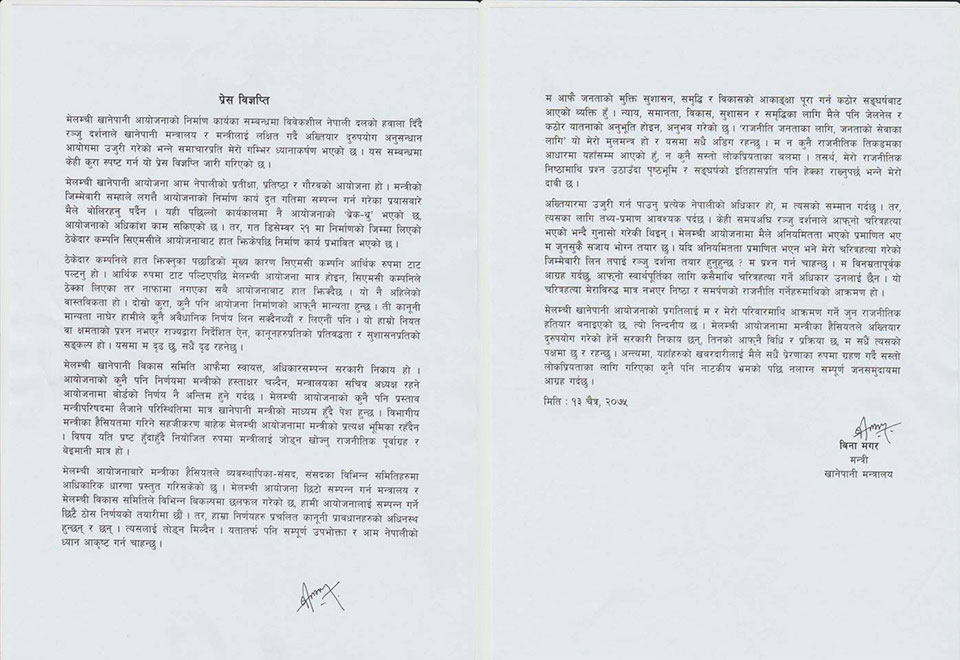