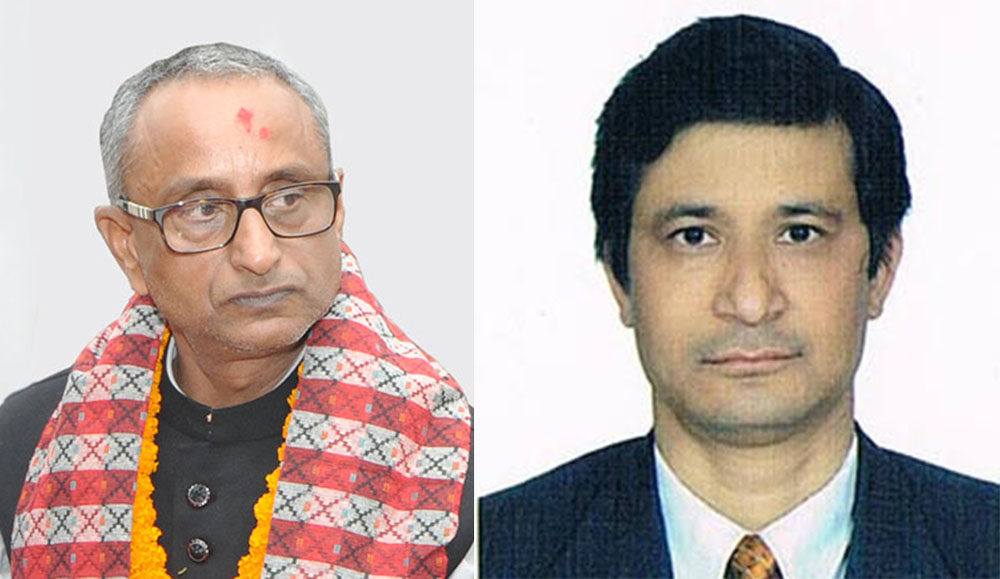 KATHMANDU, Sept 25: Minister for Culture, Tourism and Civil Aviation Jitendra Narayan Dev and joint secretary at the ministry Suresh Acharya, are at odds over the content of the clarification sought from Civil Aviation Authority of Nepal (CAAN) Director General Sanjiv Gautam.

As per the decision by Minister Dev, Joint Secretary Acharya had on September 12, sought an 11-point clarification from Gautam over CAAN’s decision to terminate the contract of the Spanish company Constructora San Jose SA and put it on a blacklist for its failure to complete the improvement work at Tribhuvan International Airport (TIA) within the given deadline.

As the secretary of the ministry, Maheshwar Neupane was on China tour at that time, Acharya had been made acting secretary. Although the ministry had decided to seek clarification from DG Gautam over CAAN’s unsatisfactory performance, Acharya sought clarifications from Gautam on issues that were not on the agenda, a statement released by the Ministry of Culture, Tourism and Civil Aviation said on Sunday.

However, Acharya is currently in Czech Republic with the black box of a Goma Air aircraft which had crashed at Lukla Airport in May. He is one of the members of the team investigating the accident and is expected to furnish his clarifications after returning from the visit.

Minister Dev has faced criticism from within his own party Nepal Democratic Forum over the issue. Along with Minister Dev, his party’s chairman and Acting Prime Minister Bijay Kumar Gachchhadar and his son Subhash have also been dragged into controversy. Minister Dev has termed DG Gautam’s previous clarification as unsatisfactory and decided to seek a 24-hour clarification from the CAAN chief last Thursday.

Talking to Republica, DG Gautam said, “Ever since I got the role of DG, I have been submitting weekly progress reports to the Ministry of Culture, Tourism and Civil Aviation. However, the ministry has not responded to even one of my progress reports.”

Sudurpaschim Province Assembly meeting postponed to 4PM today
41 minutes ago
One arrested with Rs 900,000 of undisclosed source
43 minutes ago