Minister floats idea of bringing in strategic partner for NAC 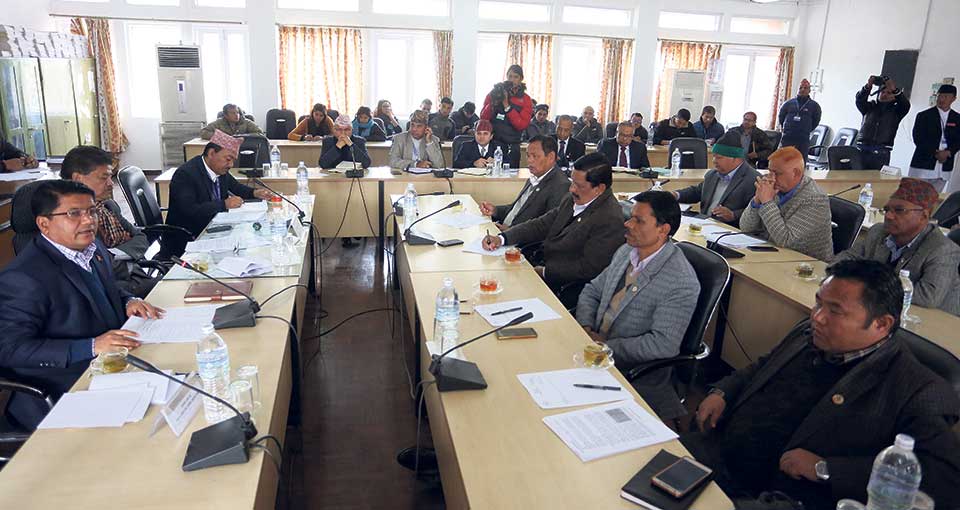 Speaking at a meeting at parliament's Public Accounts Committee on Wednesday, Minister for Culture, Tourism and Civil Aviation Rabindra Adhikari disclosed that the ministry is preparing to effect reforms in the operations of NAC by bringing in a strategic partner.

In a white paper issued in mid-November, NAC had said that nearly 40 percent of its total capital (Rs 32.87 billion) was in the form of debt and this was mainly because of the purchase of aircraft and huge maintenance costs.

Minister Adhikari argued that under the current circumstances it was difficult for NAC to operate smoothly . “Therefore, it would be better to go for a company model along with a strategic partner.” They were serious about NAC's future as it needed to make progress at any cost for the sake of the country's development, he said.

At the meeting during which Adhikari spoke mostly about bringing reforms in the airline, lawmakers tried to establish anomalies in the purchase of new aircraft. They are assuming that some Rs 6 billion was misappropriated in the purchase deal worth Rs 25 billion.

Minister Adhikari said, “With four aircraft and limited destinations, NAC cannot compete in the international market as most airlines have successfully adopted a strategic partner model .”

Critics have said that NAC purchased its new aircraft without a sound business plan and the white paper reflected this poor planning.

Employees Provident Fund (EPF) and Citizen Investment Trust (CIT) have financed the purchase of four aircraft and are ready to finance two more .

Adhikari also clarified that NAC was not as weak as described in the white paper. “The newly purchased wide-body aircraft appear to have added to NAC's financial burden but that is only for a limited time period,” he added.

Earlier, a subsidiary of the German national flag carrier Lufthansa had stepped forward as a strategic partner for NAC. NAC and the government also did some homework in this connection . But no decision has been taken so far .

Province Police collect over Rs 400 million as revenue from 7,384 cases
14 hours ago