Cooperatives minister bats for lowering number of cooperatives to 10,000-12,000 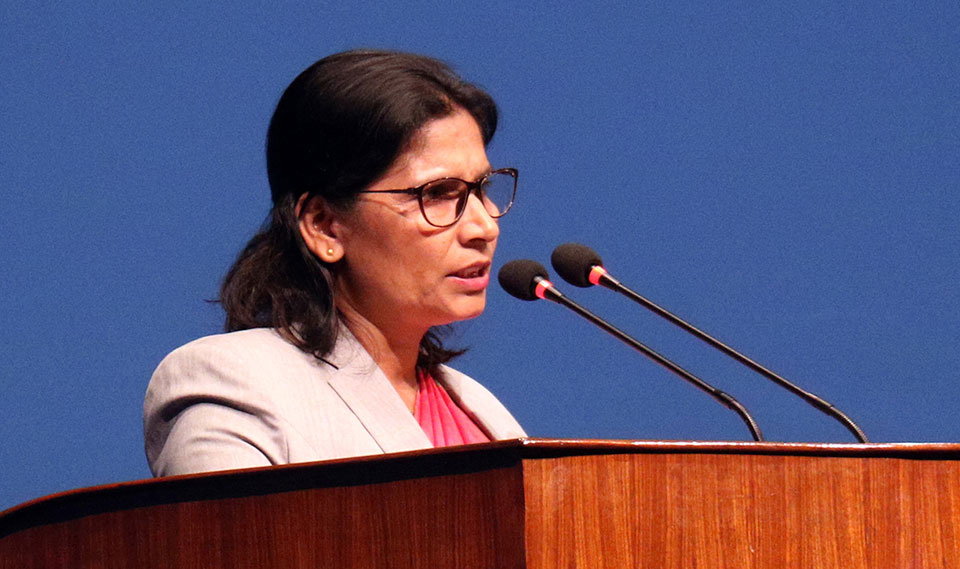 Government not in favor of forceful mergers: Padma Kumari Aryal

KATHMANDU, Aug 23: Minister for Land Management, Cooperatives and Poverty Alleviation, Padma Kumari Aryal, has said that bringing down the number of cooperative organizations to 10 to 12 thousand will do good for the country.

Speaking at a meeting organized by Nepal Cooperative Journalists Society (CJN) in the capital on Thursday, Minister Aryal said that the government will facilitate and encourage merger among cooperatives to lower their numbers.

The statement from the minister comes amid concerns about the high number of cooperatives, which has perpetuated anomalies and bad governance in the cooperatives sector that remains largely unregulated.

However, Aryal was quick to add that the government would not force merger among cooperatives.

“To reduce the number of cooperatives, they must go for merger. But, the government cannot force merger on them. The amalgamation should be among those cooperatives that share objectives, structure, nature or work, members and other traits,” said Aryal.

“Merger cannot be imposed from the top. But, the government will facilitate the amalgamation which will encourage many cooperatives to go into merger process spontaneously,” she added.

According to the data of the Department of Cooperatives, there are 34,512 cooperative organizations across the country as of November 2018.

The government believes that the consolidation of cooperatives will help in enhancing their capacity as well as strengthening corporate governance, according to Minister Aryal.

“The cooperatives should focus on production. Each cooperative organization should run at least one industry. To become capable to run industry, there must be consolidation in the cooperatives sector,” she said, urging them to increase production so that their share in the economy jumps to 10 percent in five years.

Gopinath Mainaly, Secretary at the Ministry of Land Management, Cooperatives and Poverty Alleviation, said that merger will enhance competitive capacity of the cooperative organizations. “Merger will help in reducing the operational cost of cooperatives. Merger is must for cooperatives so that they can become stronger, more capable and competitive,” he added, ruling out any possibility of forceful merger.

Also speaking at the meeting, Keshab Prasad Badal, chairman of the National Cooperatives Federation Nepal, said that merger of cooperatives should not be forced through penalty or fines.

“Many cooperatives seemed to be willing to go into merger. We all should encourage such amalgamation. But, the merger should not be forceful,” he added.

“We want to facilitate and promote merger of cooperatives which will make them stronger and more efficient. We will approve the application for merger immediately without taking much time,” he added.

32 tourists rescued from Manaslu
18 hours ago

14 days' isolation required even after discharge from hospital: Chinese doctors
16 hours ago