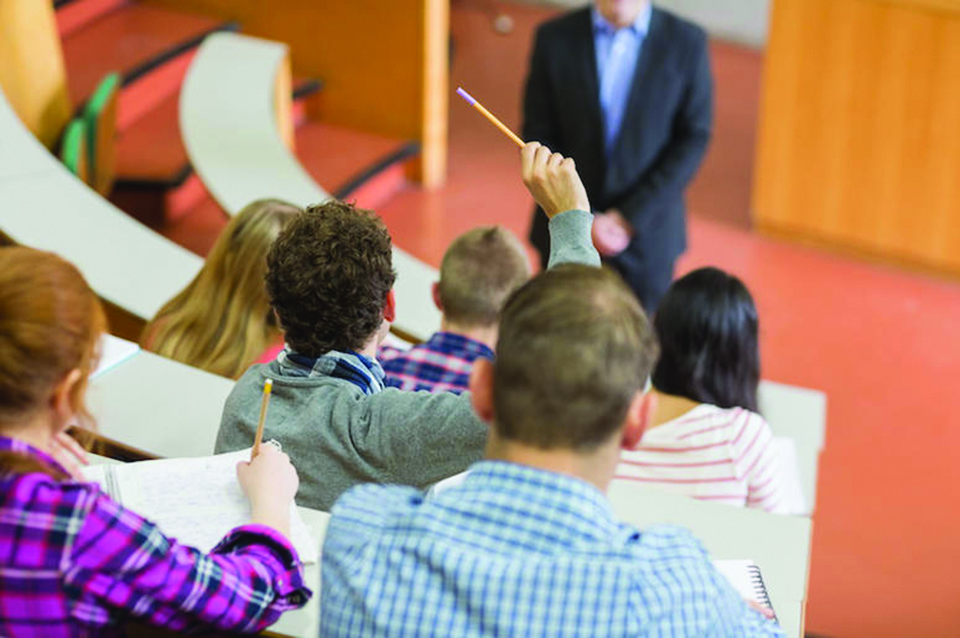 It’s high time more is written, with all due respect, about inappropriate and discriminatory language used by professors teaching at universities. Professors and lecturers at the university have been using words without due consideration about their effects but due to fear of not getting good grades, majority of students seem unwilling to speak against unprofessional behavior of their gurus.

It seems professors do so to create fear and insecurity among their students so that they can take advantage of their students in some ways. One of the strategies to make students vulnerable is to give them assignments which are virtually not possible to submit on time. In such case, students have to surrender to their professors since students’ won’t have a much say with regard to their score. Now taking advantage of this situation, professors tend to make the students buy books from the publications where they are themselves associated with, in one way or the other. Not only that, if any of their students are teachers at schools and colleges they kind of indirectly force their students to recommend certain books written by themselves. Further, they ignore their duty of mentoring for such a long period of time that students get frustrated and almost lose hope.

They secretly ask the students to meet them alone to work out a deal. If the deal is worked out, the professors might give students copies of other students’ assignments and ask them to slightly modify and submit. Or they could even offer their own notes. Moreover, some professors even expect a bottle of whisky or wine on the day of approving the thesis. If the students fail to please the professors, they give them unnecessary troubles and give low grades. Such things are happening but they have not come to public knowledge. This is because majority of students do not want to portray their gurus in a bad light.

Once a PhD student shared with me during one international conference in Kathmandu that one of his professors told him he would not be able to accomplish much by doing PhD because he was too old for that. Likewise, another MPhil student said that when he went to his professor to show his thesis, the professor asked him if he had written it under the influence of marijuana. Not all, but most teachers tend to underestimate their students like this. Yes, students need to be disciplined in the university setting but their professors need to be as much disciplined. For this, the students need to bring bad manners of the professors to light.

Meanwhile, let me conclude with this comment I wrote to a dean when one professor called me budho (old guy) in the classroom:

I’m writing this email to you because you are the Dean of the institution where I’m currently studying. I’m writing because I could not stand the discriminatory language used by my teacher.

Academic institution like this should ensure that all the students are treated equally by professors and teachers and that no discriminatory language is used on the basis of their age, race, caste, color and religion.

I felt bitter and hurt to be called budho by my teacher. I joined the university to upgrade my knowledge which I missed in my prime youth. You can imagine how I might have felt to be called so in front of my colleagues, most of them younger than me.

Before this incident happened, in the earlier phase, I had my presentation and students and the teacher had appreciated it. When my teacher called me budho, I could not stay inside the classroom anymore. I felt that all were laughing at me.

The teacher then asked me to respond to one question but I could not. I told him since he said what he shouldn’t have said, I couldn’t concentrate and I wanted to leave immediately, which I did. As I write this, let me also clarify that I have no personal grudges against any of the teachers but I need an environment where I feel comfortable. In the 21st century, and in an institution like yours, to experience such humiliation and discrimination on the basis of my age is very unfortunate. It’s time for your institution to devise code of ethics regarding how teachers and professors should communicate with their students. Should I need to report this to higher authority, if it helps that cause, I won’t hesitate to.

At the end, let me also clarify that I don’t mean to generalize from some particular incidents. Some of the teachers at our universities are working truly as pathfinders for their students. But there are those who also live with this complex of looking down on students. My criticism is directed against them, not against those good professors and teachers we have in our university setting.

Who is to blame for these casualties?
15 hours ago

Nepal records 3,365 new cases, 1,373 recoveries and 16 deaths on Thursday
16 hours ago
More than half of bottled drinking water is unfit for consumption: Govt report
3 hours ago

Domestic flight frequency back to normal
20 hours ago