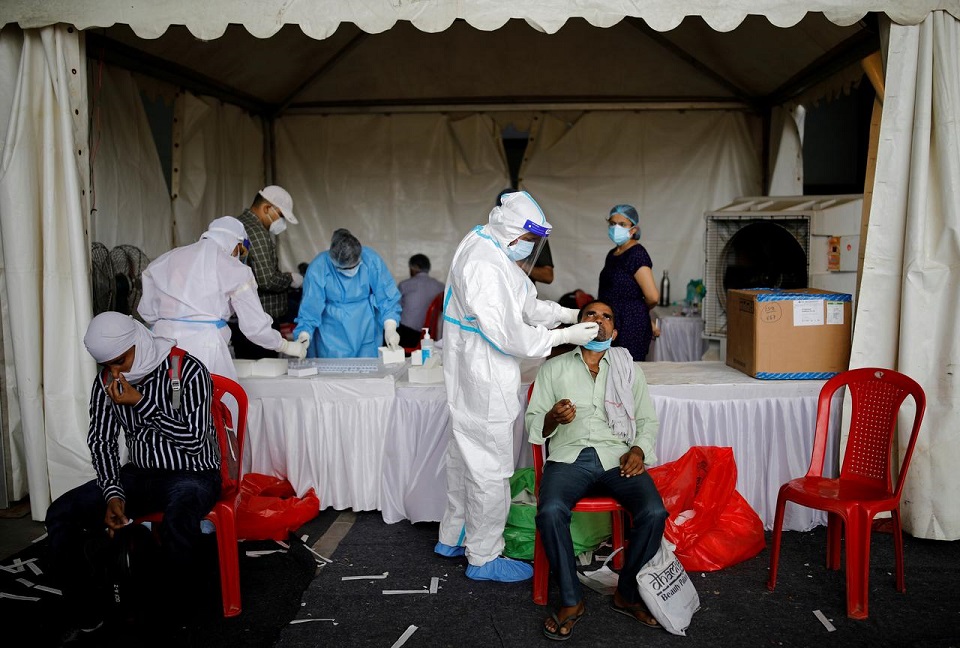 FILE PHOTO: A healthcare worker wearing personal protective equipment (PPE) takes a swab from a migrant worker, who returned to Delhi from his native state, for a rapid antigen test at a bus terminal, amidst the coronavirus disease (COVID-19) outbreak in New Delhi, India, August 17, 2020. REUTERS/Adnan Abidi

MUMBAI, Aug 21: Almost 30% of the population in India’s capital of New Delhi likely have been infected by the novel coronavirus, according to a serological survey of 15,000 people conducted by the local government, a figure that indicates infection numbers are much higher than those recorded.

The survey, which tested a sample of the population for the presence of antibodies, was done in the national capital territory in the first week of August, its health minister Satyendra Jain told a news conference on Thursday.

“We found that 29.1% of the population of Delhi had antibodies, which means that they were infected and have been cured,” Jain said.

The findings of the survey are in line with what other cities like Mumbai and Pune have discovered, that a significant number of their people have been infected.

India reported a record daily jump of 69,652 coronavirus infections on Thursday, data from the federal health ministry showed. Deaths rose by 977 to a total of 53,866.

India is the worst-hit country in Asia and globally third only behind the United States and Brazil in number of cases.