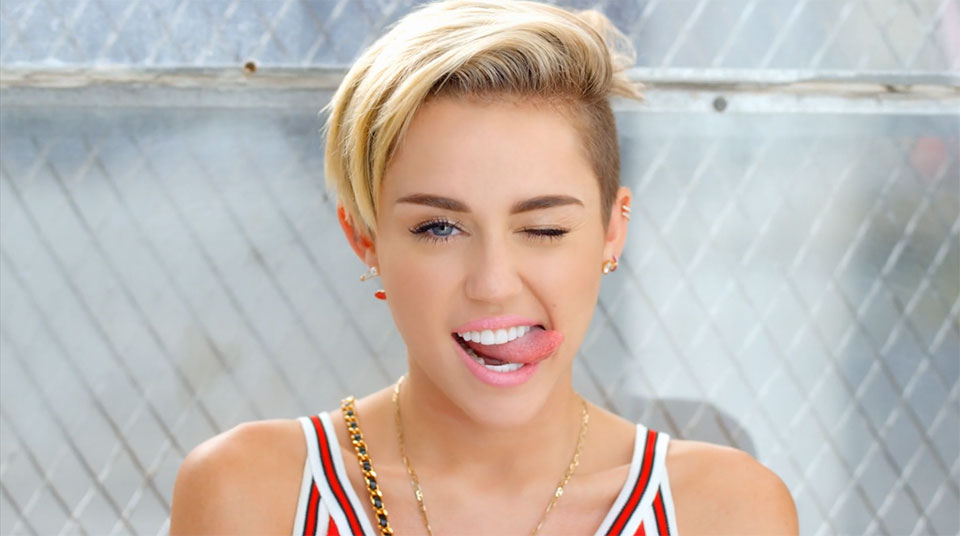 MILEY CYRUS treated her fans to a cheeky eyeful when she showed off her bold outfit for last night’s Sir Elton John tribute concert.

The 25-year-old popstar squeezed into a pair of skintight sparkly hotpants for the occasion as she joined a host of musical talent, including Kesha, John Legend, Sam Smith and Chris Martin, to acknowledge the work of legend Sir Elton at I’m Still Standing - A Grammy Salute in Madison Square Garden last night.

Taking to Twitter to tease her 39 million followers with a sneak peek at her sizzling look ahead her appearance, the blonde bombshell appeared to once again channel her raunchier side in a series of sexy snaps.

One saw the Malibu hitmaker kneeling on one knee on the floor with her other leg extended to showcase the jaw-dropping boots to their full potential.

She arched her back to draw attention to her toned behind and glanced coyly back over her shoulder at the camera.

Her golden tresses fell in loose waves over her shoulders and she added several chunky rings to accessorize the eye-catching ensemble.

Miley opted for subtle smokey eye make-up and a slick of rosy red lipstick to plump her pout.

Miley Cyrus' shoutout to Drake, in her latest social media post, has given their fans something to talk about. The... Read More...

Miley Cyrus says she respects and appreciates all genres of music, but is gravitating now to “more uplifting, conscious rap,”... Read More...