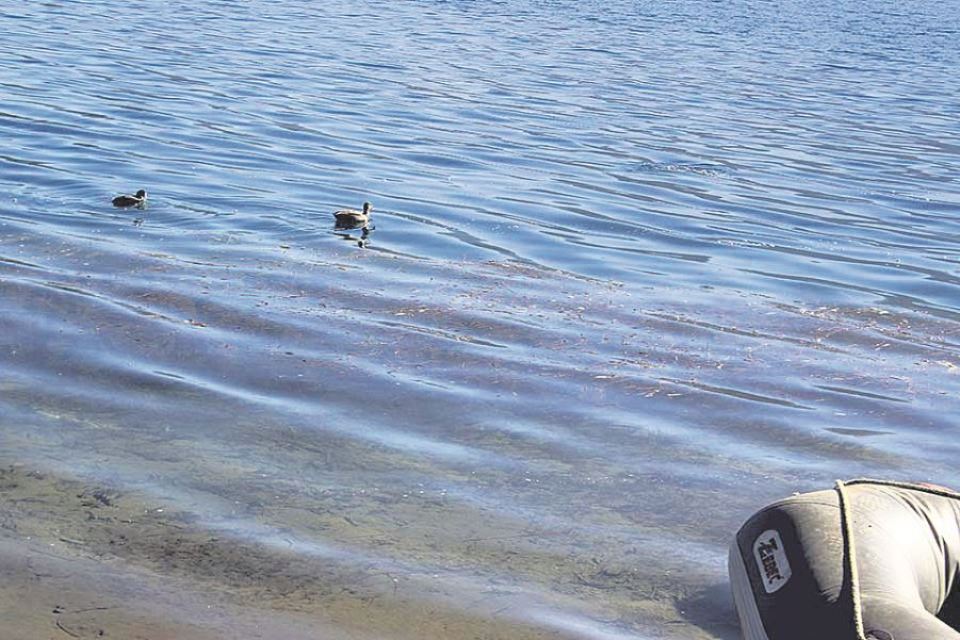 MUGU, Jan 8: Rara Lake, the biggest lake of Nepal, has started witnessing the arrival of different species of migratory birds at this time of the year. A variety of migratory birds can be observed in the lake as well as the nearby forests.

In order to survive the harsh winter, the birds from different places of Europe, Siberia and Tibet migrate to Nepal. The reason behind birds being attracted toward Rara is that the water in the lake remains warm even in the cold winter, according to conservationists.

Altogether 49 species of birds come to Rara every year. According to Lal Bahadhur Bhandari, a conservation officer at the Rara National Park, 20 species among the 49 have already arrived here. He further informed that the birds from duck family which begin to come with the arrival of winter, are seen from the beginning of November. They return back only after May.

“After the winter ends, the birds return back to their original habitat,” said Bhandari. Meanwhile, the birds coming from western countries stay in Rara for about five months.

The arrival of migratory birds to Rara has excited bird watchers. This has also boosted tourism in the area.

Mohan Bikram Shrestha, a researcher with the Bird Conservation Nepal (BCN), who came to Rara for bird watching, said, “Rara is the home to more than 300 species of birds but only 102 species of birds have been observed this winter.”

He said that they have also spotted some bird species which fly higher than Everest to reach to this safe haven during winter.

MUGU, April 1: The number of tourists visiting Rara Lake in Mugu district is rising steadily. According to data of Rara... Read More...

JUMLA, Dec 21: Tourist arrival in Jumla has come to a halt after heavy snowfall in the region earlier this... Read More...

The jingle for the TV and radio adverts for the eponymous noodle snack, frankly, is the oldest memory I have... Read More...