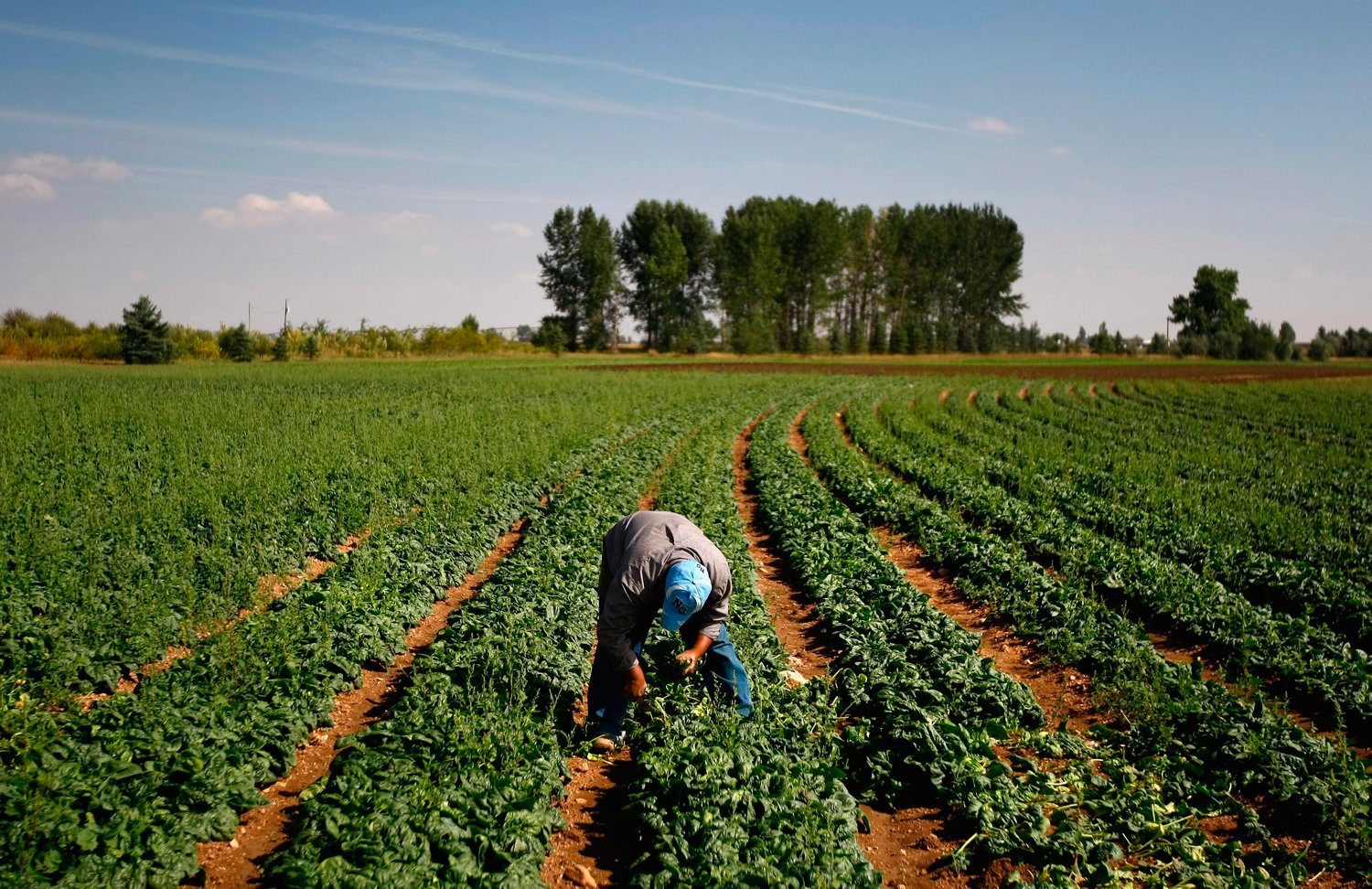 Low-skilled workers are needed in UK for harvesting. Photo by John Moore/Getty Images

IRELAND, Aug 31: Low-skilled migrants risk falling into slavery in post- Brexit Britain, where a dearth of European workers will tempt abusive bosses into a race to the bottom, experts have said.

From fruit orchards to coffee shops, European workers are a key plank in the British economy, and the government is scrambling to ensure firms have enough workers to fill the gap once Britain leaves the European Union and free movement ends.

One idea is the introduction of employer-sponsored visas to guarantee a continued supply of low-skilled labour, according to a report by the Migration Observatory at Oxford University.

Yet binding workers to fixed employers in sectors such as cleaning and catering may encourage abuse by unscrupulous businesses, said Madeleine Sumption, director of the project.

"Employer-sponsored visas give government more control over the work that migrants do, but making sure the visas don't facilitate abuse is a real challenge," she said.

"If workers can't leave a bad job, there's more responsibility on government to prevent exploitation. In theory this should be possible, but enforcing labour standards is not an area where the UK has the best track record."

About 15pc of low-skilled workers in Britain come from EU nations - at least 500,000 people, according to the report.

Yet net migration of EU citizens into Britain has fallen markedly since voters, many motivated by a desire to reduce immigration, opted to leave the bloc in a June 2016 referendum, sparking fears among businesses of a labour shortage.

Farmers have raised the alarm over a lack of workers to harvest fruit and vegetables and say crops are rotting in the fields, while hospitality companies have voiced concerns about a staffing crunch with little interest from British job seekers.

A Home Office (interior ministry) spokesman said the British government will have an immigration system that works in "the best interests of the whole UK" after Brexit in March 2019.

Yet charity Focus on Labour Exploitation (Flex) urged it to spell out how the government would guarantee workers long-term labour rights in order to avoid a "race to the bottom".

"If the government does not act now, then modern slavery will flourish in Brexit Britain," Caroline Robinson, director of Flex, told the Thomson Reuters Foundation in emailed comments.

Post-Brexit labour migration schemes, such as sponsored visas, must have safeguards including salary thresholds and ways to report abuse without retribution, said Ben Rutledge of the Ethical Trading Initiative, which promotes workers' rights.

Brexit could hamper Britain's anti-trafficking efforts in myriad ways - from fair wages in global supply chains to child trafficking from France - according to police and activists.

Hailed as a global leader in the anti-slavery drive, Britain last month said it would review its landmark 2015 law amid criticism that it is not being used fully to jail traffickers, help victims or drive companies to root out forced labour.

Myagdi district is self-sufficient in oxygen
22 hours ago