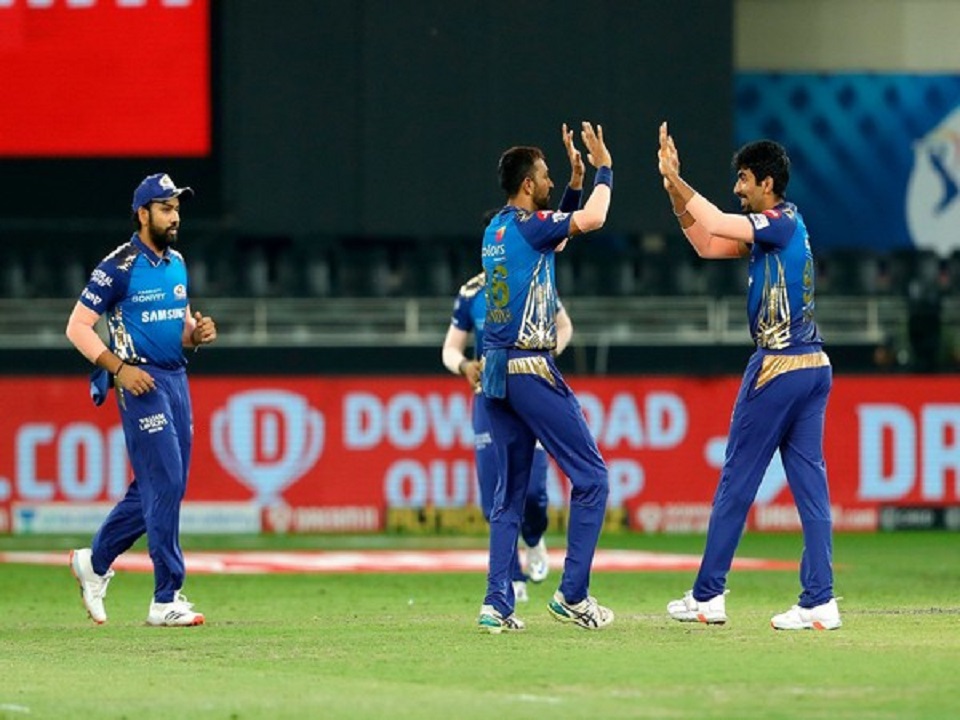 Mumbai’s bowlers, led by Trent Boult (3-30), laid the foundation for their comprehensive victory by restricting Delhi to a below-par 156-7.

Mumbai skipper Rohit Sharma smashed a breezy 68 and Ishan Kishan made 33 not out as they prevailed with eight balls to spare for their fourth win against Delhi this season.

Playing their maiden IPL final against the tournament’s most successful side, Delhi, coached by Australia great Ricky Ponting, needed a strong start but were reeling at 22-3 instead in the fourth over.

Boult dismissed the in-form Marcus Stoinis with the first delivery while Shikhar Dhawan, the other opener, lost his wicket to off-spinner Jayant Yadav attempting a slog-sweep.

Skipper Shreyas Iyer (65 not out) and Rishabh Pant (56) steadied the innings but Delhi did not get a late flourish and settled for a score which Mumbai chased down easily.

Quinton de Kock fell for 20 and Suryakumar Yadav (19) sacrificed his wicket after a mix-up with Rohit but Mumbai were hardly tested in their chase.

Rohit shrugged off the twin setbacks and smashed four sixes in his rollicking knock before holing out with victory in sight.

Delhi’s Kagiso Rabada finished as the IPL’s leading wicket-taker with 30 scalps, ahead of the Mumbai duo of Jasprit Bumrah (27) and Boult (25).

This year’s IPL, originally scheduled to begin on March 29, was shifted to the United Arab Emirates following the COVID-19 outbreak in India.

“We know it’s a difficult time, everyone is stuck at home,” Bumrah said, putting things in perspective.

“We’re lucky that we could come and entertain people. If we could bring smiles to their faces, it’s the best thing we could do.”

Things to watch out for in this year’s IPL final; MI vs DC

KATHMANDU, Nov 10: An epic clash is on the cards as the defending champions Mumbai Indians (MI) take on the... Read More...