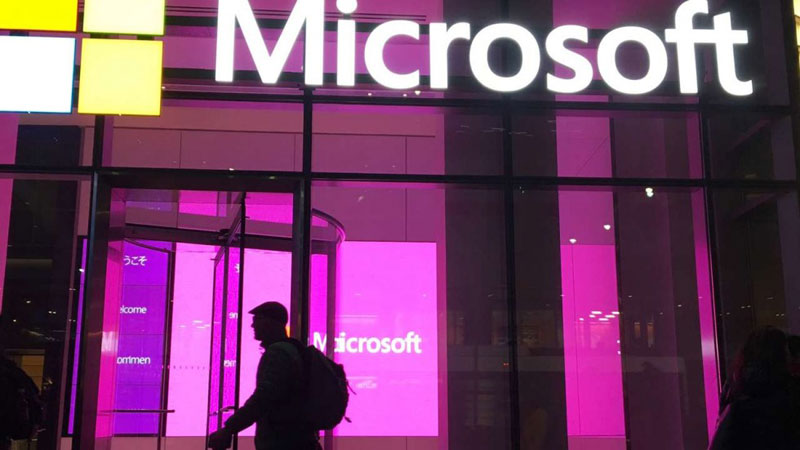 Microsoft Corp’s market capitalization topped $500 billion for the first time since 2000 on Friday, after the technology giant’s stock rose following another quarter of results that beat Wall Street’s expectations.

Shares of the world’s biggest software company rose as much as 2.1 percent to $65.64, an all-time high, in early trading, valuing the company at $510.37 billion.

The last time Microsoft was valued more was in March 2000, during the heyday of the dotcom era, when it had a market value of a little above $550 billion.

Despite the gains, Microsoft still lags Apple Inc’s market capitalization of about $642 billion and Google-parent Alphabet Inc’s market value of a little more than $570 billion.

Microsoft reported second-quarter results on Thursday that beat analysts’ average estimate for both revenue and profit, mainly due to its fast-growing cloud computing business.

The company’s profit and revenue have now topped Wall Street’s expectations in seven of the last eight quarters.

Chief Executive Satya Nadella has been trying to reinvigorate Microsoft since taking over the lumbering giant nearly three years ago, and has helped build more credibility around the company’s efforts in areas such as cloud-based services.

When he took the top job in February 2014, the company’s stock was trading at around $34 and its market value was roughly $315 billion, according to data collected by a foreign news agency.

“The pieces are falling into place as we are starting to see an important shift in the model, with improving profitability in growth segments,” RBC Capital Markets analysts wrote in a note.

At least 11 brokerages raised their price targets on the stock, boosting the median price target to $68.50 from $68.00.

Of the 37 analysts covering the stock, 27 rate it “buy” or higher, eight have a “hold” rating and two “strong sell”.

KATHMANDU, May 5: Pratik, an English magazine of contemporary writing, has been republished after more than a decade. ... Read More...