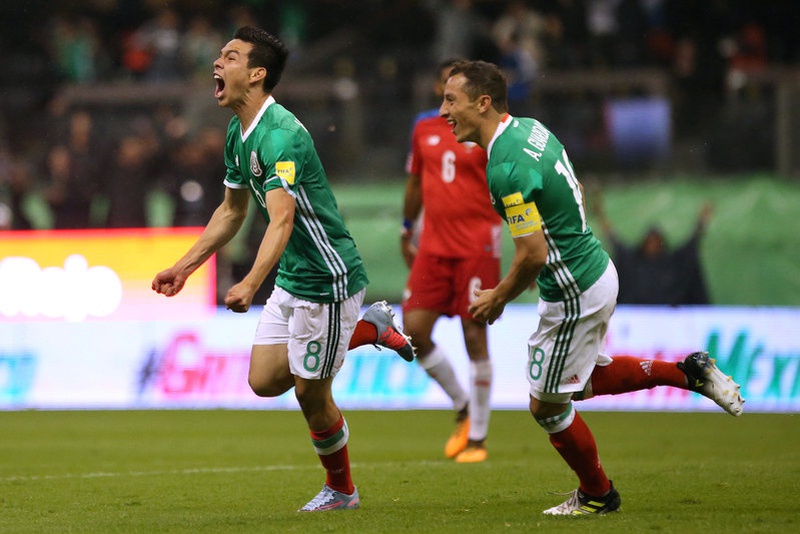 MEXICO CITY, September 2: Mexico became the first CONCACAF side to qualify for the Russia World Cup on Friday when an Hirving Lozano goal gave them a 1-0 win over Panama at the Azteca Stadium.

They secured the points thanks to the 51st-minute substitute, who scored with a header just two minutes after replacing Juergen Damm.

“I got the chance to score and were now in the World Cup finals,” Lozano said. “I feel great. We’ve achieved our objective, now we need to keep working.”

The Mexicans lead the six-team group with 17 points with three games to play and cannot now finish outside the top three spots that guarantee a place in Russia next June.

The Mexicans are three points ahead of second-placed Costa Rica and nine points clear of the United States and Honduras.

The U.S. and Honduras meet on Tuesday, which guarantees that Mexico can not be overtaken for one of the top three places in the group.

The fourth-placed team goes into a playoff with a side from the Asian confederation.

The qualification is Mexico’s seventh in succession and 16th overall, more than any other countries bar Brazil, Germany, Italy, and Argentina.

The team managed by Colombian Juan Carlos Osorio navigated the ‘Hexagonal group’ unbeaten after seven games and although they have failed to score many goals they have conceded just two and never looked in danger of missing out.

“The initial objective was to reach the World Cup finals without any frights,” assistant coach Luis Pompillo Paez said in reference to their struggle four years ago when they qualified only after beating New Zealand in an intercontinental playoff.

“We’ve met our obligations to the country and Mexican football. From here on in we have much grander objectives.”