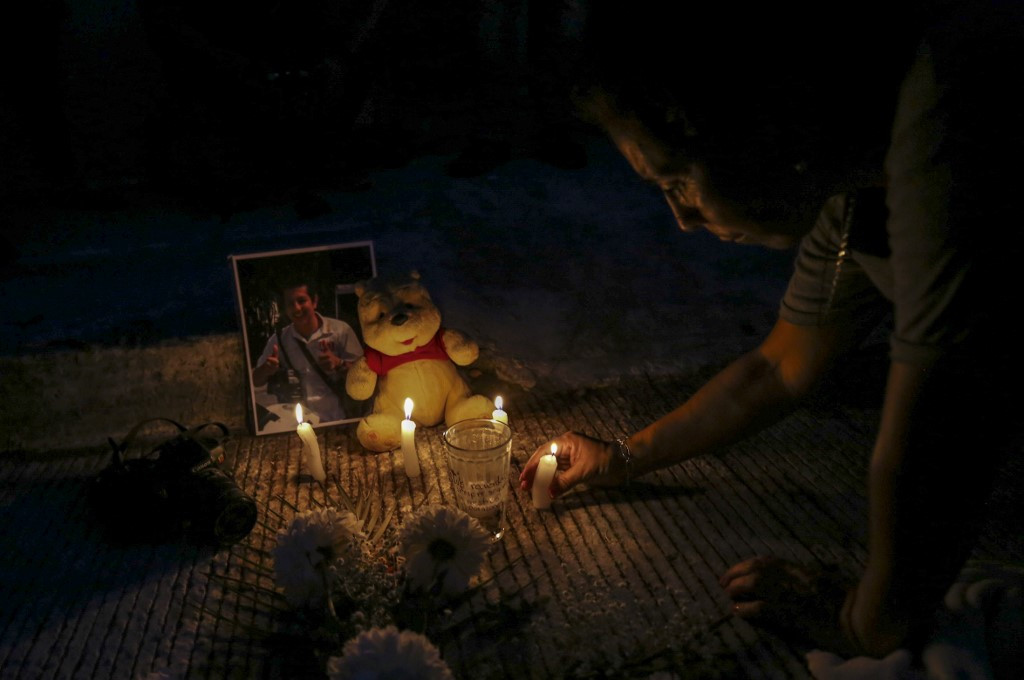 A man lights a candle during a protest for the murder of Mexican journalist Javier Enrique Rodriguez Valladares, in Cancun, Quintana Roo State, Mexico, on August 31, 2018. Journalists claimed for justice Friday after their colleague's murder on August 29. (AFP/-)

MEXICO, May 17: A journalist was murdered in a resort town on Mexico's Caribbean coast Thursday after receiving death threats, authorities said, the fifth reporter slain this year in one of the most dangerous countries for the press.

Francisco Romero, who was enrolled in the Mexican government's protection program for journalists and activists, was found dead in a pool of blood outside a nightclub in Playa del Carmen, his hometown, according to prosecutors in the eastern state of Quintana Roo and AFP reporters at the scene.

The state prosecutor's office opened a homicide investigation, saying Romero had filed a complaint on April 12 over threats he had received.

Reporters Without Borders said the killing officially made Mexico the deadliest country in the world for journalists so far this year. Last year, the watchdog group ranked the country the third most dangerous in the world for the press, after war-torn Afghanistan and Syria.

Mexico has been hit by a wave of violence linked to drug trafficking and political graft in recent years, and asking too many questions about crime or corruption can be a deadly business.

"He had received a lot of threats. Too many threats. The authorities in Mexico City knew about them," Rodriguez, 40, told AFP.

Rodriguez, who has three children -- one with Romero and two from another relationship -- would not say who had made the threats, saying she feared for her life.

Reporters Without Borders said Romero had received a phone call at 5:00 am informing him about some supposed news at a local night spot called the Gotta Gentleman Club.

Although he had four bodyguards provided by the government, he had sent them home at 10:00 pm the night before, it said in a statement.

Romero, who also had a panic button to alert the authorities if his life was in danger, went without them to the club. His body was found in the parking lot an hour later.

Witnesses said he had been beaten and shot twice in the face, the organization said.

Romero worked for one of the state's leading newspapers, Quintana Roo Hoy, and ran a Facebook-based news site called "Ocurrio Aqui" (It Happened Here) that covers local politics and crime and has more than 17,000 followers.

He had been under the official protection program for journalists since 2018, according to Balbina Flores, Mexico director for Reporters Without Borders.

Flores said Romero had been enrolled in it after the murder last year of one of his collaborators, fellow Playa del Carmen journalist Ruben Pat.

Four journalists have now been murdered in the state of Quintana Roo in the past year.

Across Mexico, more than 100 have been murdered since 2000. The vast majority of those killings remain unpunished.

Child goes missing in a drain in Kathmandu. Who is responsible?
13 hours ago