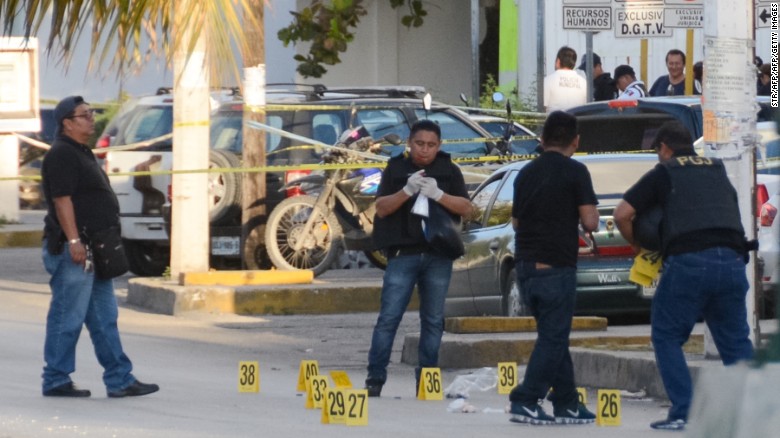 MEXICO, July 31: The number of homicides in Mexico in 2017 is higher than previously reported, according to new data released by the Mexican National Institute of Statistics and Geography (INEGI) on Monday.

These newly released numbers also show an increase in Mexico's homicide rate. The country had 25 homicides per 100,000 inhabitants nationwide, up 20 per 100,000 in 2016, the INEGI said in a news release. That means 2017 represents the higher rate of homicides since at least 1990.

During his campaign, AMLO promised to tackle violence and wipe out corruption, which he said was the "result of a political regime in decay."

"We are absolutely certain that this evil is the principle cause of social inequality and of economic inequality," he said. "Because of corruption, violence has erupted in our country."

He said in a speech to supporters earlier in July that he will pursue a peace plan with representatives of the United Nations, human rights and religious organizations, to help tackle the murder rate, which soared to an all-time high under Peña Nieto, whom critics accused of failing to adequately deal with crime, corruption and economic inequality.

"The country's problems are grave," AMLO told Televisa. "But I am confident and I am willing to face these challenges."

As far as his relationship with US President Donald Trump and his proposed border wall, the title of his recent book says it all: "Listen, Trump! Saying Yes to a New Start for Mexico, Saying No to a Wall," the cover reads, featuring an image of AMLO lecturing and pointing his finger.

In a speech to his supporters, AMLO said he would forge a new relationship with the US "rooted in mutual respect and in defense of our migrant countrymen who work and live honestly in that country."

Chairman, CEO not to get more than two four-year terms

KATHMANDU, Nov 22: The Finance Committee of the parliament has approved a bill to amend the Bank and Financial Institution Act... Read More...