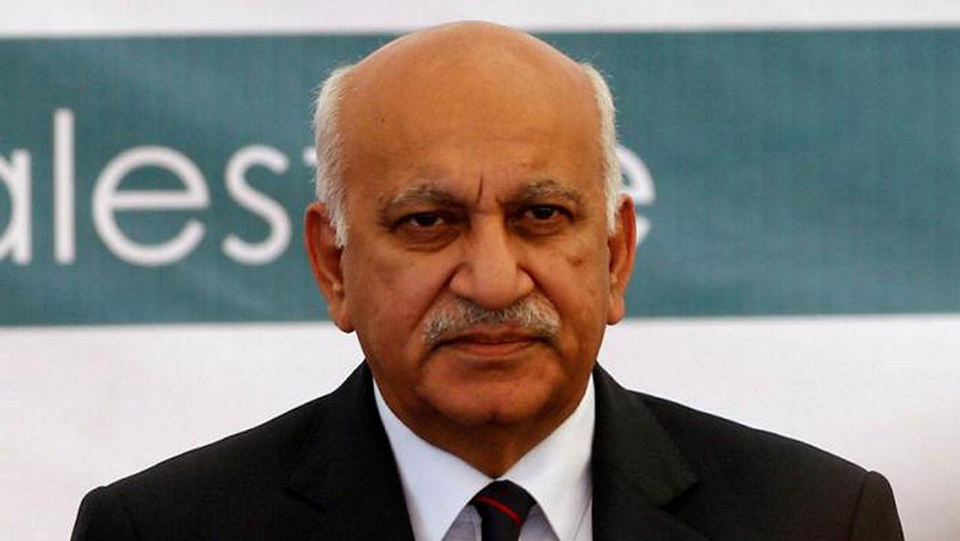 NEW DELHI, Oct 17: Indian Junior foreign minister MJ Akbar, who has been accused of sexual harassment by over 15 women, has resigned from his post, reported ANI.

Akbar was accused of sexual harassment from his former colleagues during his stint as an editor in The Asian Age. He had termed the allegations against him as “baseless” and “fabricated” and filed a criminal defamation complaint against journalist Priya Ramani, who was the first to name him.

Akbar filed a criminal defamation complaint on Monday in a Delhi court against journalist Priya Ramani, stating that her alleged “defamatory articles” on him were a “figment of imagination” and “only” intended to “malign” his reputation.

Ramani was the first to name Akbar in a Twitter postOctober 8, following which over ten women also levelled sexual harassment allegations against him. In a statement issued on Sunday, Akbar had named four other women who had accused him but filed the criminal defamation complaint only against Ramani.

Akbar, in his complaint, said he was seeking appropriate punitive action. “That the scandalous allegations levelled against the complainant, by their very tone and tenor, are ex facie defamatory and have not only damaged the goodwill and reputation of the complainant, in his social circles and on the political stage, established years of toil and hard work, but have also affected the personal reputation of the complainant in the community, friends, family and colleagues, thereby causing him irreparable loss and tremendous distress,” his complaint stated.

After the complaint was filed, as many as 20 journalists who have worked under him went on record to ask the court to “consider testimonies of sexual harassment of some of us at the hands of” Akbar and of others “who bore witness to this harassment.”

HAITI, July 15: Haitian Prime Minister Jack Guy Lafontant resigned Saturday amid calls for him to step down over his handling... Read More...