Mesut Ozil cites 'racism and disrespect' as he quits Germany 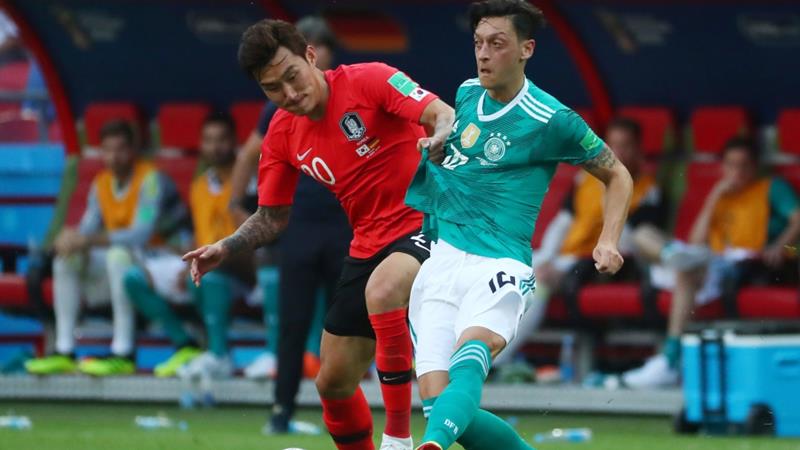 Mesut Ozil has announced his retirement from international football, hitting out at the "racist" and "disrespectful" treatment he received in the wake of his meeting with Turkish President Recep Tayyip Erdogan and Germany's early World Cup exit.

The Arsenal star, who has Turkish ancestry, made the announcement on Sunday in a lengthy statement he posted on his Twitter account.

The 29-year-old attacking midfielder, who was part of the German squad that exited the World Cup in Russia at the group stage, felt he was singled out as a scapegoat for the failure due to his Turkish heritage and the Erdogan meeting in May.

"It is with a heavy heart and after much consideration that because of recent events, I will no longer be playing for Germany at international level whilst I have this feeling of racism and disrespect," Ozil said.

"The treatment I have received from the DFB [German Football Association] and many others makes me no longer want to wear the German national team shirt," he added.

"People with racially discriminative backgrounds should not be allowed to work in the largest football federation in the world that has players from dual-heritage families. Attitudes like theirs simply do not reflect the players they supposedly represent."

Ozil said he could not accept "German media outlets repeatedly blaming my dual-heritage and a simple picture for a bad World Cup on behalf of an entire squad".

He added: "I am German when we win, but an immigrant when we lose."

Ozil earned 92 caps for Germany since his debut in 2009. He was a key member of the country's 2014 World Cup-winning side.

"This decision has been extremely difficult to make because I've always given everything for my teammates ... but when high-ranking DFB officials treat me as they did, disrespect my Turkish roots and selfishly turn me into political propaganda, then enough is enough," he wrote.

"That is not why I play football, and I will not sit back and do nothing about it. Racism should never, ever, be accepted."

Ozil drew criticism at home after his meeting in Erdogan. He and Ilkay Gundogan - a team mate also of Turkish descent who likewise posed with Erdogan - were jeered in warm-up games before the World Cup in Russia.

In his statement on Sunday, Ozil said if he had not met the Turkish president, he would have been "disrespecting the roots of my ancestors".

"For me having a picture with President Erdogan wasn't about politics or elections, it was about me respecting the highest office of my family's country," he said.

The Arsenal midfielder also said  that he was loyal to both his Turkish and German origins and insisted he did not intend to make a political statement.

"Like many people, my ancestry traces back to more than one country. Whilst I grew up in Germany, my family background has its roots firmly based in Turkey," he said. "I have two hearts, one German and one Turkish."

Relations between Germany and Turkey have soured amid a crackdown by Erdogan's government on suspected supporters of a failed military coup in July 2016.

"My job is a football player and not a politician, and our meeting was not an endorsement of any policies," Ozil said.

"I get that this may be hard to understand, as in most cultures the political leader cannot be thought of as being separate from the person. But in this case it is different. Whatever the outcome would've been in this previous election, or the election before that, I would have still taken the picture."

Body of missing American found below waterfalls in Germany

BERLIN, May 5: German police say the body of a 25-year-old American tourist who went missing last month has been... Read More...

16 houses swept away by flood in Sindhupalchowk; two die, 23 missing
23 hours ago

Indian media under fire in Nepal for running baseless reports on PM Oli, Chinese ambassador
5 hours ago
Govt decides to operate short-distance public transportation within the district
17 hours ago