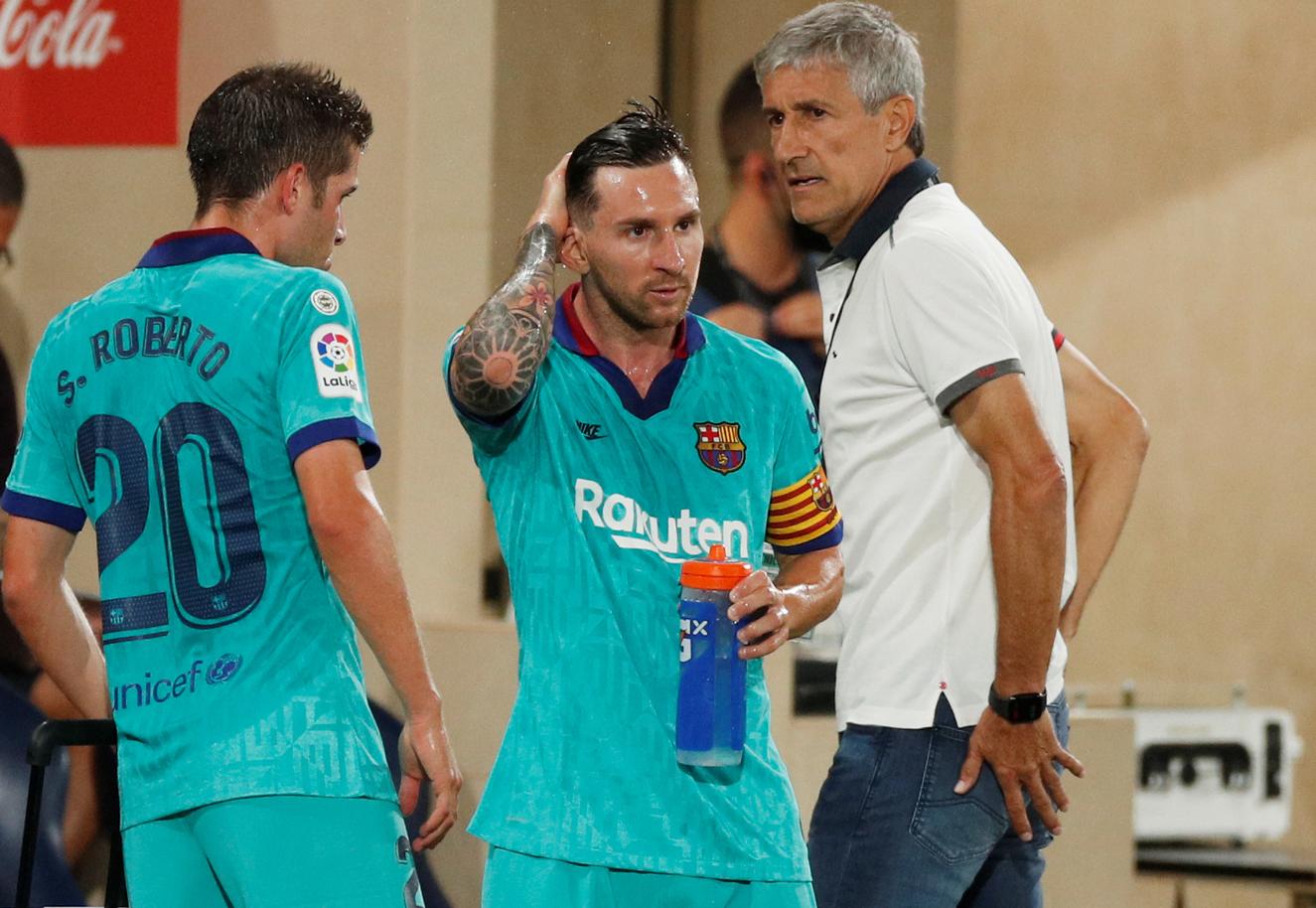 VILA-REAL, July 6:  Barcelona president Josep Maria Bartomeu has said that captain Lionel Messi will end his career at the Catalan club, dismissing a report saying the Argentine no longer wishes to renew his current contract when it expires next year.

“Messi has said he will end his working and footballing life at Barca,” Bartomeu told Spanish network Movistar after his side beat Villarreal 4-1 away on Sunday in La Liga.

“I’m not going to explain the details because we are focused on the competition and we are negotiating with many players but Messi has explained to us that he wants to stay and so we’re going to enjoy him for much longer.”

The 33-year-old Messi, who signed his last contract in 2017, has become more outspoken against the club’s hierarchy in the last year and radio station Cadena Ser said last Thursday he is unhappy with how Barca is being run and wants to leave in 2021.

The win against Villarreal kept Barca in the title hunt with La Liga leaders Real Madrid, who hold a four-point advantage after beating Athletic Bilbao 1-0 on Sunday thanks to a late penalty by Sergio Ramos.

The spot kick was awarded following a VAR review while Athletic had their own penalty appeal turned down and Bartomeu said the technology was not being applied fairly since the season resumed following the novel coronavirus stoppage.

“I saw the game in Bilbao and although I don’t like to say it, I’ll repeat that VAR is not being used as it should be,” added Bartomeu.

“Since the season returned after the COVID-19 crisis it has not been equal, that has been reflected in the results and it looks as if it always favours the same team.

“VAR should be there to help out the referee but in the last few weeks everyone has been able to see the instances in which it has not been used fairly.”

Real coach Zinedine Zidane said he was tired of his side’s winning run being put down to marginal decisions going their way.

BARCELONA, Feb 3: Lionel Messi dragged Barcelona back from two goals down by scoring twice to snatch a 2-2 draw... Read More...

BARCELONA, July 5: Argentina forward Lionel Messi has agreed to a three-year contract extension that will keep him at Barcelona through... Read More...