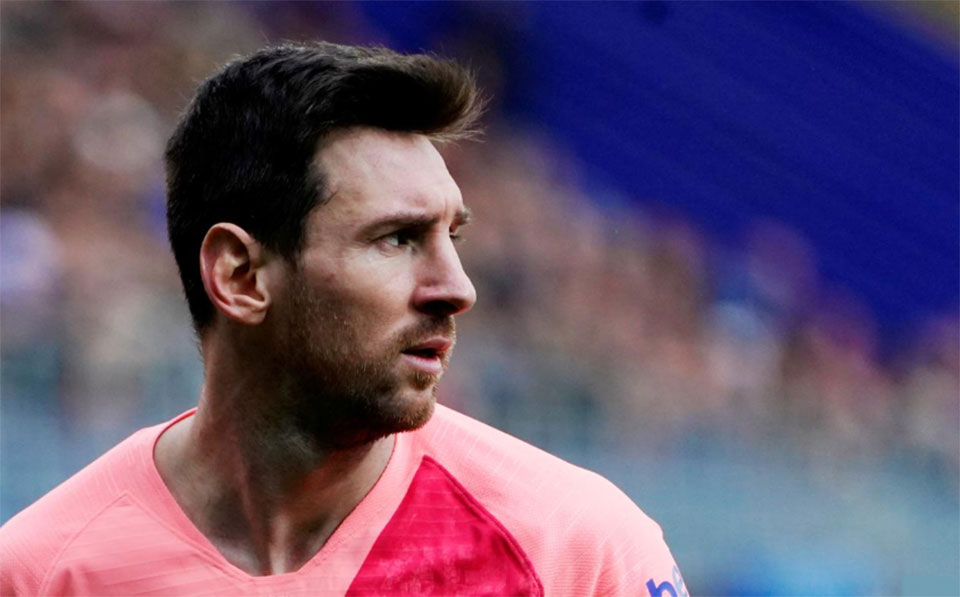 (Reuters) - Barcelona and Argentina striker Lionel Messi dethroned five-division boxing world champion Floyd Mayweather as the highest paid athlete over the past year, according to the annual list published by business magazine Forbes on Tuesday.

Messi, who scored 36 goals while leading Barcelona to the La Liga title this year, earned $127 million (£100 million) between his salary and endorsements to move up one spot on the list of the world’s 100 highest-paid athletes.

Mayweather, who topped the list in 2018 and four times in seven years, only had an exhibition match last December in Japan and did not crack the top 100, which is comprised of athletes from 10 different sports.

Players from the National Basketball Association led all sports with 35 players among the top 100, none higher than Los Angeles Lakers forward LeBron James who was ranked eighth with total earnings of $89 million.

American football was the next most-represented sport with 19 players, followed by baseball with 15, and soccer with 12.

According to Forbes, the highest-paid athletes of its list collectively earned $4 billion over the last 12 months, up 5% from last year’s earnings of $3.8 billion.

Forbes also said Americans dominate the list with 62 athletes, which it credits to sky-high salaries in the major sports leagues. The United Kingdom has five athletes, France and Spain have three, while Brazil, Canada, the Dominican Republic, Germany, Serbia and Venezuela all have two.

Sept 3: The Argentinian reached another milestone in the Spanish domestic league with his exploits against Huesca. ... Read More...