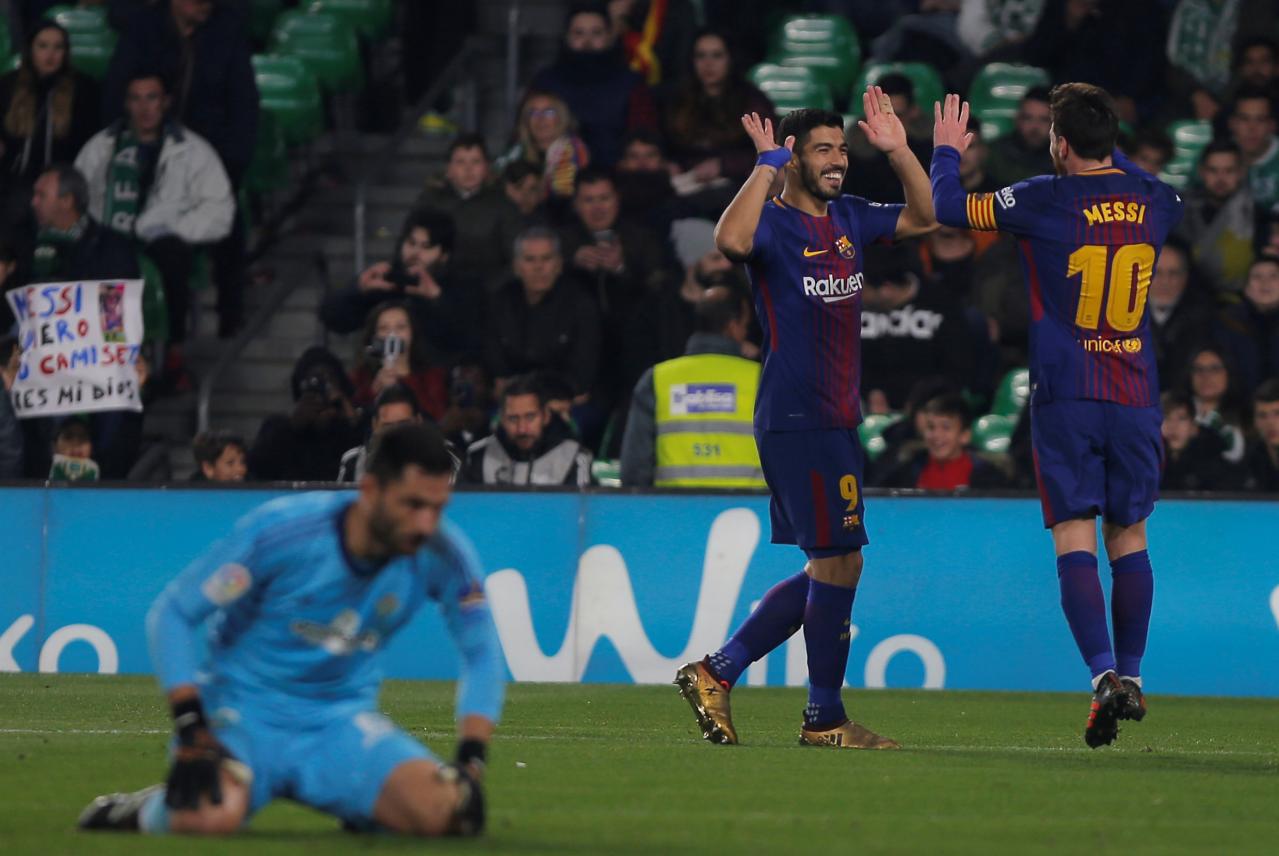 MADRID, Jan 22: Barcelona rode further away from their crumbling title rivals on Sunday as Lionel Messi and Luis Suarez scored twice each in a 5-0 thrashing of Real Betis which opened up an 11-point gap at the top of the La Liga standings.

A strike from Ivan Rakitic broke the home side’s resistance in the 58th minute and top scorer Messi and the in-form Suarez took turns in adding to the scoring to cap a sixth successive league win for Ernesto Valverde’s imperious team.

Barca, the only unbeaten side in Europe’s top five leagues, lead the way in La Liga with 54 points after capitalising on second-placed Atletico Madrid’s 1-1 draw with Girona on Saturday and third-placed Valencia’s 2-1 defeat at Las Palmas.

Cristiano Ronaldo scored twice before leaving the pitch with his face covered in blood as Real Madrid eased their domestic crisis by hammering struggling Deportivo La Coruna 7-1 on Sunday to reclaim fourth spot.

Betis went into the game having scored eight goals in their last two league matches but had few opportunities against Barca, who turned on the style in the second half as they have done so often in this dominant campaign.

It took a clever rolled pass from Suarez to release Rakitic for the opening goal, which the Croatian dispatched confidently while Messi took full advantage of a slack Betis offside trap to slot the second.

The Argentine’s second strike moved him on to 19 league goals while Suarez’s brace took him to 15, 10 coming in his last seven La Liga games.

The convincing display was also the perfect response after Barca had surrendered their 29-game unbeaten run in all competitions in losing to Espanyol in the King’s Cup on Wednesday.

“My team are completely committed to everything we do and we stick together in the good times and the bad,” Barca coach Valverde told reporters.

“We take our steps forward and our steps back together and that’s a great virtue.”