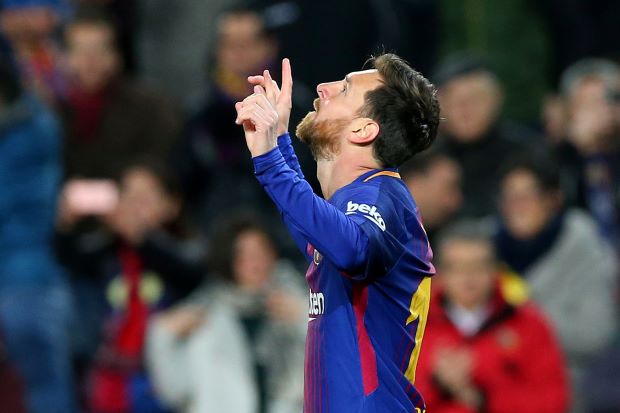 The Argentine and his strike partner Luis Suarez were recalled by Barca coach Ernesto Valverde who put out his strongest team against the Galicians, with the tie delicately poised at 1-1 after last week’s game in Vigo.

Messi again showed his special understanding with Jordi Alba by meeting the left back’s low cross first time for the opener in the 13th minute and moments later played a one-two with the Spain international and slammed the ball into the bottom corner.

Alba has set up seven goals for Messi this season in all competitions and Barca’s all-time top scorer returned the favour with a curling pass from deep which his team mate slid in to poke inside the near post for the third goal after 28 minutes.

Suarez stretched the lead in the 31st by capitalising on Pione Sisto’s sloppy back pass to score for the fifth game running and Ivan Rakitic completed the rout with a header in the 87th against ex-Barca assistant coach Juan Carlos Unzue’s team.

Sevilla defeated fellow Andalusian side Cadiz 2-1 at home for a 4-1 aggregate win, while Espanyol overturned a 2-1 deficit from the first leg by beating Levante 2-0 away to join Barca in Friday’s quarter-final draw.