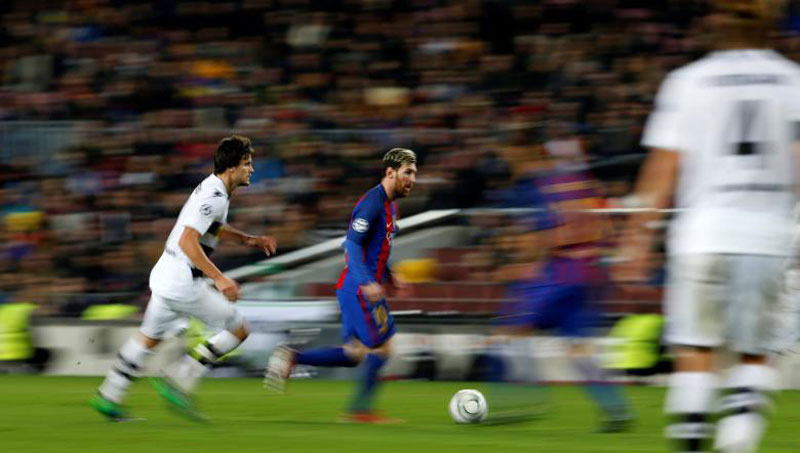 BARCELONA, Dec 10: Barcelona coach Luis Enrique's mind has been put at ease by news his talisman forward Lionel Messi has begun contract negotiations with the La Liga champions, he said on Friday.

The player's father and agent Jorge Messi flew from Argentina to Barcelona on Thursday to begin discussions on a renewal of Messi's current deal, which runs out in June 2018.

Messi is Barca's all-time top scorer and joint most decorated player along with Andres Iniesta, although there has been concern in the Catalan media about how long it has taken for the two parties to discuss a new contract.

Messi's strike partner Neymar had one year longer on his previous deal than the Argentine and penned a new contract in October while Luis Suarez, the other member of Barca's feted 'MSN' attacking trident, is set to sign a new deal imminently.

"I celebrate the fact that negotiations have begun. It makes me feel more relaxed," Luis Enrique told a news conference on Friday ahead of Barca's visit to Osasuna.

"He will join other players who are going to renew their contracts soon. When it's announced, if it is, we'll all celebrate it. But at the moment I wouldn't dare to make any prediction."

Osasuna are bottom of the standings with seven points but Barca have often struggled when playing the Navarrans away from home, winning only three of their last nine league visits to El Sadar.

Luis Enrique said the game was even more important to his side than others after failing to beat Real Madrid in last week's Clasico, preserving Zinedine Zidane's side's six-point lead at the top of the table.

"Our need for the points means we will be very motivated. Our opponents need the points desperately and so do we because we're six points behind the leaders. The three points are always important but this week they're even more vital," he said.

Neymar is suspended for the trip to Pamplona and is likely to be replaced by Arda Turan, who scored a hat-trick in the 4-0 Champions League win over Borussia Moenchengladbach on Tuesday.

Luis Enrique hopes his side's dominant display against the Germans will be a springboard to get back on track in the league.

"It was a unique game because there was nothing to gain but our performance can lift everyone," he said. "We hope it's a turning point, because it's obvious we need to improve in the league."

Striker Harry Kane has confirmed he is in talks to sign an improved contract with Tottenham Hotspur and reiterated that... Read More...

Refinance loans of Rs 8.99 billion given to pandemic-hit businesses during mid-July and mid-November
45 minutes ago