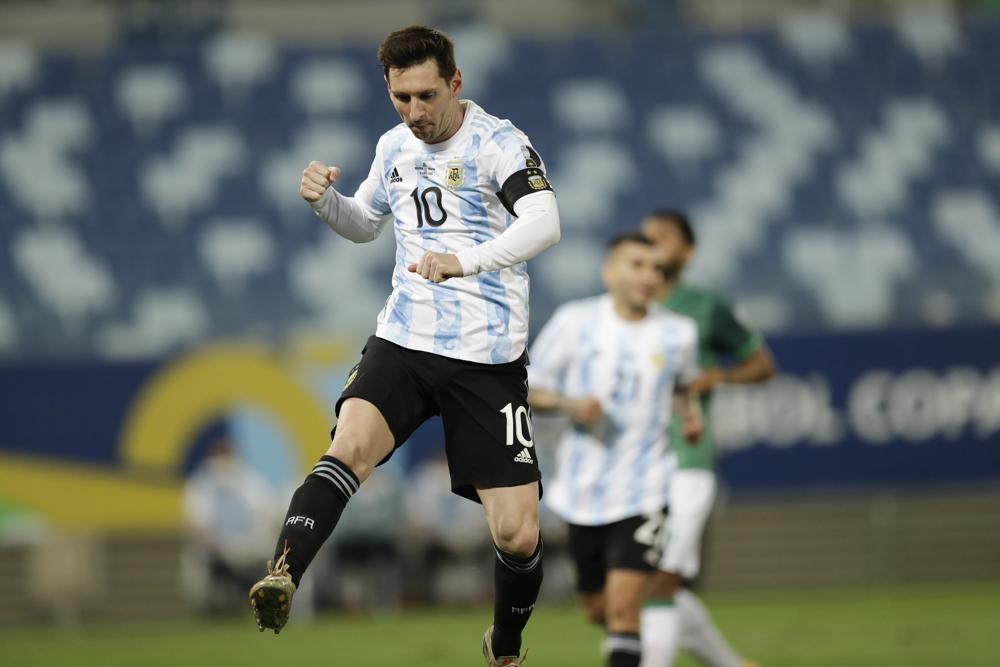 CUIABA, BRAZIL, June 29: Lionel Messi became Argentina’s most capped international player on Monday, marking the occasion with two goals as he led his national team to a 4-1 win over Bolivia at the Copa America.

His two goals and one assist helped Argentina ensure top spot in Group A, setting up a quarterfinal against Ecuador on Saturday.

Messi made his Argentina debut in 2005 in a 2-1 win in a friendly against Hungary. He was sent off during that match after hitting a rival with his elbow.

The Barcelona striker, who holds the all-time Argentina high of 75 goals, is also seeking to break two South American records: Pele’s as the top goal scorer of a national team (77 for Brazil), and Chile’s Sergio Livingstone mark of 34 for most Copa America appearances (Messi has 31).

Diego Maradona scored 32 goals in 87 matches for Argentina, including the 1986 World Cup triumph. Messi, despite his impressive individual statistics, is yet to win a major title for Argentina.

Minister Khadka holds talks with his Turkish counterpart
3 hours ago