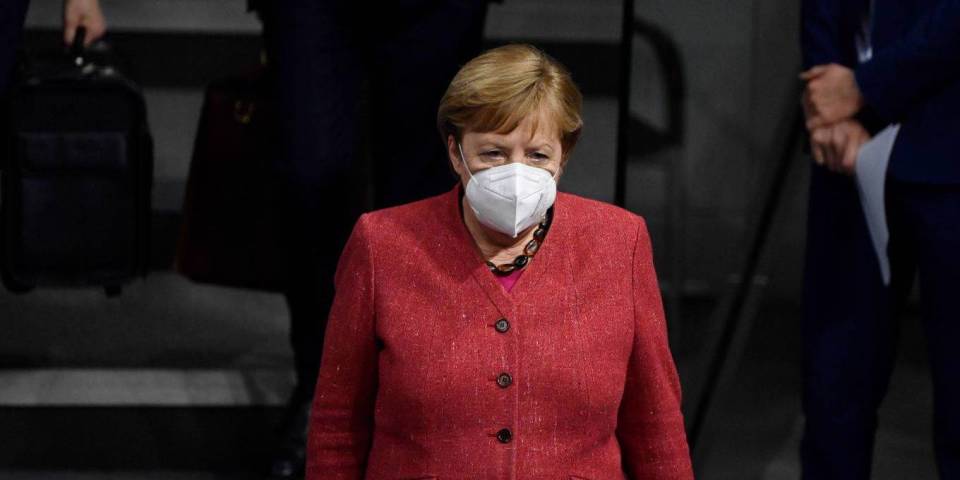 Müller is a professor of politics at Princeton University. His latest book is What is Populism?
news@myrepublica.com

Merkel’s legacy would look different if she were to face down Europe’s self-declared illiberals. If she does not, she will have shown that values are negotiable, and that the EU is easily blackmailed.

BERLIN – This week’s meeting of the European Council has rightly been called a “doomsday summit.” It is overshadowed not just by a ghastly winter wave of COVID-19 infections and the prospect of a chaotic no-deal Brexit, but also by a showdown with the governments of Hungary and Poland, which have taken hundreds of millions of people hostage by threatening to veto the European Union’s 2021-27 budget and the pandemic recovery fund.

Hungary and Poland are trying to block the enactment of a new “rule of law” mechanism that would prevent EU money from being siphoned off for corrupt purposes—a practice for which Hungarian Prime Minister Viktor Orbán’s kleptocratic regime is notorious. As the longest-serving head of government in the EU, German Chancellor Angela Merkel has stepped in to try to break the impasse, calling on “all sides” to prepare “to compromise to some extent.”

But why should the EU compromise on a fundamental value like the rule of law (which is enshrined in the Lisbon Treaty), and why should EU taxpayers consent to having their hard-earned euros enrich authoritarians and their cronies? Rather than trusting Merkel to broker a deal, Europeans should remind her that this is her last chance to prove that she really cares about democracy and the rule of law.

After all, it was Merkel’s own Christian Democratic Union (CDU) and its Bavarian sister party, the Christian Social Union, that enabled Orbán to create his autocracy in the first place. And it is her pick for the European Commission presidency, Ursula von der Leyen, who has failed to protect the independence of the Polish judiciary from the country’s chauvinistic, populist, and increasingly defiant Law and Justice (PiS) party government.

Europe’s simmering “rule-of-law crisis” has always seemed more abstract and less urgent than other challenges during Merkel’s long reign, which has spanned the euro crisis, the 2015 refugee crisis, and now COVID-19. Yet it is the former issue that most threatens the EU’s moral core – and its day-to-day operations.

While the EU is often caricatured as a distant and aloof super-state, it works closely with and through the member states to implement EU policy. Even more to the point, the EU functions primarily as a legal community in which national courts double as European courts. This arrangement cannot work without mutual trust, because it depends on national courts recognizing the decisions of other member states’ courts. If a judiciary has been captured by an authoritarian government that is targeting politically unreliable judges (as in Poland), other courts cannot be expected to recognize its arbitrary rulings.

The European Commission is supposed to be the “guardian of the treaties” that enshrine fundamental European values. But their enforcement in the face of member states’ violations has usually amounted to too little, too late. Even after years of bad-faith conduct by Poland and Hungary, the Commission still naively calls for more “dialogue,” which simply allows aspiring autocrats to consolidate their power by co-opting the judiciary and creating other facts on the ground.

Given the Commission’s failure to act, member states have taken matters into their own hands. For example, the European Arrest Warrant is becoming a dead letter, because countries are starting to refuse extraditing anyone to Poland, where fair trials can no longer be guaranteed. Just this month, the Netherlands’ parliament called on the Dutch government to take Poland to court over its rule-of-law violations, potentially precipitating a bilateral confrontation that never would have been plausible had the Commission been doing its job.

Meanwhile, in a recent interview, Orbán charged Germany with “intellectual indifference,” by which he apparently means an inability to see the larger historical picture and insensitivity to the experiences of smaller member states. Orbán has things backwards: Where Germany has been indifferent, it has been with respect to the preservation of democracy and the rule of law in Hungary under his rule.

Germany’s neglect of core European values is best explained by Orbán’s faithful service to the German auto industry, creating what critics have called an “Audi-ocracy.” To be sure, some members of Merkel’s CDU have long made noises about “red lines” that Orbán must not cross, even occasionally calling for his Fidesz party to be expelled from the supra-national European People’s Party, the umbrella grouping of conservative parties in the European Parliament.

Orbán, however, has never paid a meaningful political or financial price for his behavior. The result of this appeasement, as astute observers have pointed out, is that he now treats his European “partners” with the same brutality as he does his own country, accusing them of making the EU into something akin to the Soviet Union.

Merkel has deservedly earned praise for her opposition to outgoing US President Donald Trump’s assaults on shared liberal-democratic values and international institutions, and for her determination in dealing with the pandemic. She has also acted courageously in agreeing to some form of debt mutualization under the new recovery fund, which is putting the EU on a more robust financial footing.

But when Merkel steps down next year, she will have left behind no coherent framework to support either the eurozone or Europe’s aspirations of becoming a global “normative power” capable of promoting democracy and the rule of law. Its advocacy of such values will ring hollow as long as it tolerates member states that no longer meet democratic criteria.

Merkel’s legacy would look different if she were to face down Europe’s self-declared illiberals. If she does not, she will have shown that values are negotiable, and that the EU is easily blackmailed.

A German-initiated vote on the rule-of-law mechanism in the Council of the EU would likely approve it, because Hungary and Poland cannot block a decision that requires only a qualified majority. After that, it is unlikely that Orbán and the PiS government would persist in holding up €1.8 trillion ($2.2 trillion) in desperately needed funds.

Whatever happens, European taxpayers will remember that these governments would rather inflict pain on everyone than receive funds that must be accounted for properly. Orbán claims that accepting the rule-of-law mechanism would be political “suicide” for him. Perhaps. But that certainly isn’t Europe’s problem.

Jan-Werner Mueller, a fellow at the Berlin Institute of Advanced Study, is the author of the forthcoming Democracy Rules (Farrar, Straus and Giroux, 2021).

KATHMANDU, June 5: On the occasion of the World Environment Day, the European Union (EU), the Ministry for Foreign Affairs... Read More...