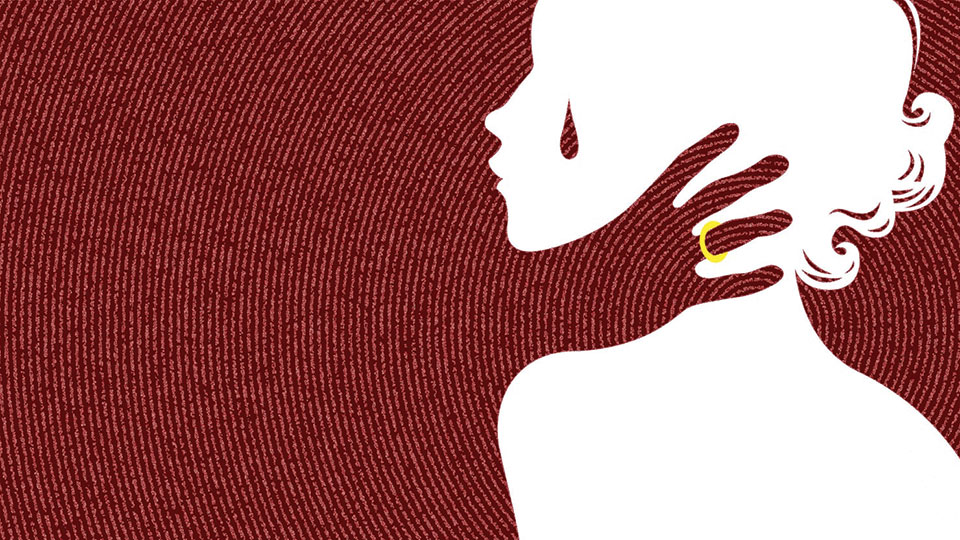 Rape seems to have been embedded in our society. Victim-blame mindset is deeply ingrained, causing a rampant rise in rape cases. According to Nepal Police, 711 cases of rapes (including attempts) were reported in 2011/12 and 1644 cases reported in 2016/2017. The average number of reported cases in monthly basis has increased to 137 from 59 between 2012 and 2017. In the recent months, it has been increasing in an alarming manner, though actual cases could be much higher as many rape cases remain unreported. And the reported ones are also manipulated or are not kept in police record due to pressure from people in power.

Unsafe everywhere
A woman has no safe space—be at home, schools, colleges, workplaces and public spheres. This makes women always fearful. What can one expect from a woman who is always in fear? How can she be able to stand for her and her near one’s dignity when she herself does not feel safe? Can a working mother concentrate on her work when she is not sure about her daughter whom she has left at home, or dropped at school/colleges or who is with friends is safe?

We have been talking about ‘smart cities and villages’ but cities and villages cannot be smart if they are not safe. Imagine a society where everyone can feel safe to travel and girl child feels free to travel alone leaving her family members at ease (not worrying about her arrival time and safety). Our society is far from this. The Nepali women are challenged at multiple spaces (personal, societal and professional) and have to struggle for existence at every end of life. Violence against women starts even before birth in a country like ours where sex-selective birth practices are prevalent.

This is a great challenge for women that series of violence continue until their existence.  We can change the situation only if we provide justice to women. Development of a society is not possible unless the women feel unsafe.

In the recent times, police and administration have been found involved in dealing with the victims and the offenders to settle cases. The victim and family accept settlement amount because of fear social shame and administrative hassle.

This does not help deter other from committing crimes.  It will only enhance perpetrators’ confidence when they see that women and children are mere victims without a voice. Despite legal provisions, the practitioners and administration have been taking offender’s side and favoring them. This is deeply troubling. The women and girl children are more volatile and unsafe. When justice is not warranted through the formal mechanism, often go with informal channel. Owing to the existing administrative system and fear of social stigma, general people lose faith in ‘legal formalities. Rape is a crime. Settling criminal cases out-of-court is also illegal.

Root it out
One of the reasons cases are settled through mediation has to do with poverty. Thus economic empowerment is important. Once economically empowered, women start reporting cases and fight those cases in the courts as well. Also the victim should be compensated by the state. Supreme Court has set precedent for this through one of its verdicts, which says that compensation provided by the offender should be adequate enough to rehabilitate the victims to earlier stage.

We need to have efficient mechanism to implement this. If the compensation is dependent on the offender’s financial capacity and economic status, the victim do not get it when the offender is unidentified or is poor. Thus, the government should provide compensation from the fund created by state and it’s government’s responsibility to get the compensation from offenders, says the verdict.
Apart from this, we need to ensure that not a single offender is protected. For this we need to have a strong justice mechanism. If the perpetrators know beforehand the possibility of escaping the   punishment is very high and they feel even more emboldened. When the offender has power and influence, the cases are often not registered despite victim’s attempt.

Nepal is one of the countries with significant number of women in politics. But they have little say in mainstream politics. Women politicians have been found divided on women’s agenda. Often when it comes to speaking against violence and suppression, they tend to question the activists rather than providing critical feedback.

Political will
Nepal’s long political transition has come to an end. We have a new constitution which ensures that women are equal to men. We have three levels of government, with significant number of women represented right from the local level. We have a separate ministry—Ministry for Women, Children and Senior Citizen—specifically to address women’s issues. But agenda of women and children hardly become a major concern for leadership. None of the cabinet ministers, for example, have spoken about wellbeing of women and children. Violence against women does not seem to have drawn their attention.

The country is headed by a women president. While young girls should aspire to become ‘nation’s president one day, our girls live with the fear of whether they will even be able to survive until they become adolescent.

We have no moral ground to talk about prosperity when safety and wellbeing of women and children remain a far cry. When one cannot even think if one will be safe today, how can one be hopeful about the bright future? Why are women and children forced to live a life ‘full of uncertainties’?

On rape cases, a victim bears the brunt of several difficult situations time and again, firstly by the incident and later by the implications raised by the incident.  The new government should make every concerted effort to ensure safety of women and children, provide justice to victims and punish the perpetrators. Rape is a non-compoundable crime. We need to act before it’s too little.

The authors are among initiators of #Rage AgainstRape campaign

Disgraced movie mogul Harvey Weinstein has been hit with another lawsuit for allegedly raping a woman in 2006. ... Read More...