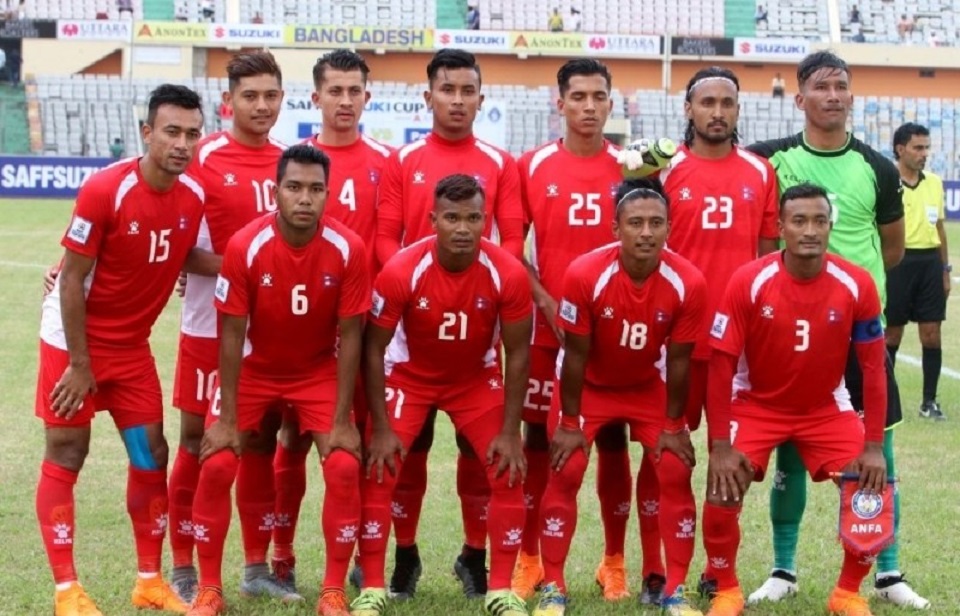 KATHMANDU, Aug 2: All the members of National Football Team of Nepal have arrived in Kathmandu for the selection game of FIFA World Cup 2022, being held in Qatar.

All Nepal Football Association (ANFA) said the players will be taking part in “indoor training” from 3rd week of August.

All football related activities were suspended by the ANFA on March 17 amid COVID-19 pandemic. The decision to provide indoor training comes after Asian Football Association (AFC) rescheduled the date of the selection game for FIFA World Cup 2022 and Asian Cup 2023 on June 5. The ANFA decided to call all the national players who had returned to their respective hometown for training following the decision.

All the national players will undergo Polymerase Chain Reaction (PCR) tests before the start of coaching activities. The FIFA selection matches will be held without audiences, according to ANFA.

Nepal is in fourth position with three points in group ‘B’ where Australia is on the top of the scoreboard with 12 points.  Similarly, with equal 10 points, Kuwait and Jordan are in the second and the third position and with no points yet, Chinese Taipei is in the fifth position.

Nepal pitted in Group B of AFC World Cup Qualifiers

KATHMANDU, July 18: Nepal national football team has been pitted in Group B in the second round of the 2022... Read More...

Once a bustling business hub, Kathmandu’s New Road and Asan area have a few takers today (with photos)
52 minutes ago

Once a bustling business hub, Kathmandu’s New Road and Asan area have a few takers today (with photos)
52 minutes ago