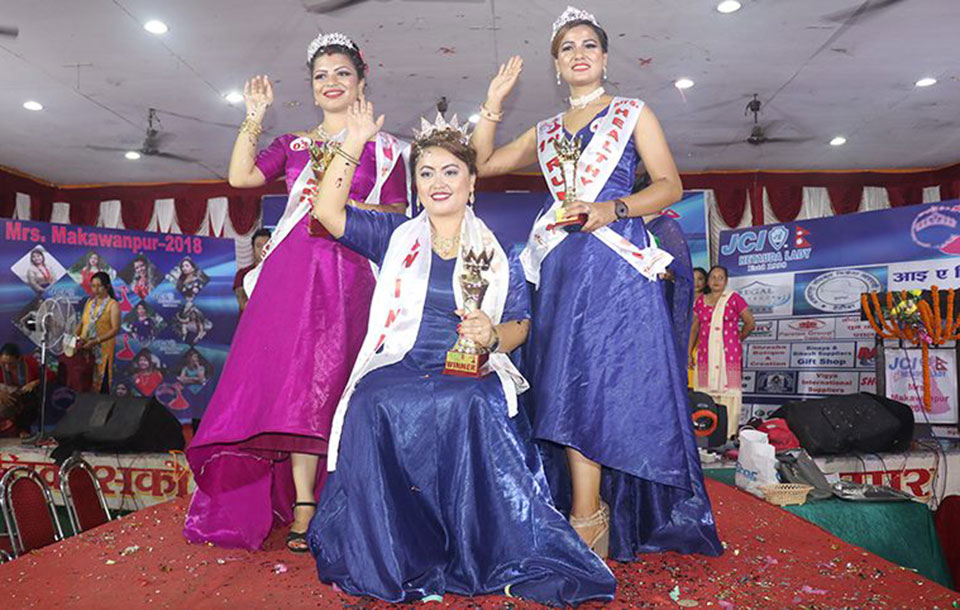 Givig the best answer to the adage “Good womam is a good gurdian”,  a 24-year-old Melina managed to win the title leaving behind her thirteen contestants organized  by Hetauda Lady Jaycees held in Hetauda.

Along with the title Melian was also awarded with a cash prize of Rs 25,000 along with gift hampers. She was also able to win the title of viewers choice and Mrs confident at the same beauty pageant contest.

Similarly, Ramila Shrestha also a title holder of Mrs Healthy Hair became first runner-up and was awarded with a cash prize of Rs 15,000.

Likewise, Manasha Ghimire a second runner-up of the beauty pageant aslo won the title of Mrs Performance and was awarded with 10, 000 rupees.

KATHMANDU, Nov 18: The Chhath festival began on Wednesday. The four-day-long festival is being celebrated mainly by Hindus in the... Read More...