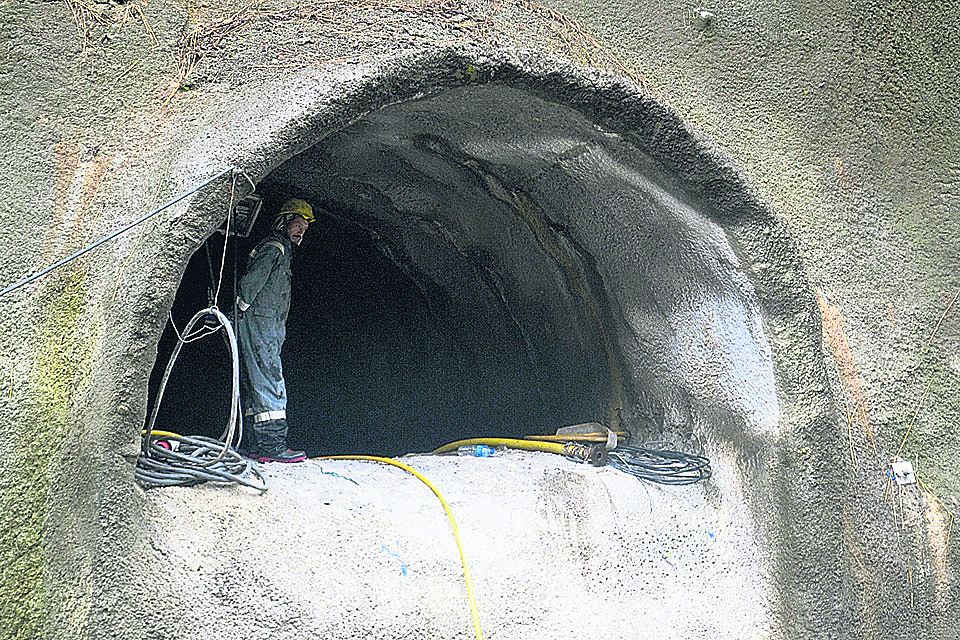 KATHMANDU, March 21: Uncertainty is surrounding the fate of Melamchi Hydropower Project as concerned government agencies are not taking any decision to complete remaining works of the mega drinking water project.

The project to divert 170 million liters of water per day to Kathmandu was in the last leg of completion when its Italian contractor Cooperativa Muratori e Cementisti (CMC) di Ravenna left the project site in December last year. Project officials say only about five percent of work is remaining.

The remaining work is estimated to be completed in three months.

Concerned government agencies do not know when the project will be completed. Even the Office of the Prime Minister and the Council of Ministers (OPMCM) does not have any idea when construction work will resume.

Kundan Aryal, press advisor to the Prime Minister, said that the OPMCM was holding talks with the project management and the development partners. But he could not say whether the government will bring CMC back as stated by Minister for Water Supply, or go for new bidding to hire a new contractor to complete remaining works of the project.

Both the project management and Melamchi Water Supply Development Board are silent on the matter.

Minister for Water Supply Bina Magar has been arguing that she wants to bring the Italian contractor to complete remaining works.

The government terminated contract with CMC on January 20.

Project Director of Melamchi Water Supply Project Surya Kandel said his office was ready to start new contract process since about a month. He reiterated the same talking to Republica on Monday. “No decision has been taken yet,” added Kandel.

Dipendra Nath Sharma was appointed Secretary of the Ministry of Water Supply on February 17. However, Sharma, who is also the chairperson of the Melamchi Water Supply Development Board, has failed to organize even a single board meeting since his appointment to the post.

The project management is saying that it is still possible to bring Melamchi waters to Kathmandu Valley by mid-July if they are allowed to select new contractor through a fast-track mode.

Only a cabinet meeting can take such decisions. But the board has not proposed the OPMCM for such decision yet.

The board itself is a powerful body. It can take decision on its own, Aryal says.

The board, however, has not been able to hold its meeting for reasons best known to it.

KATHMANDU, March 28: The residents of the Kathmandu Valley have started receiving the much-anticipated drinking water supplied by the Melamchi Drinking... Read More...

The government has signed an agreement with Chinese contractor Sinohydro Corporation Limited to complete the remaining construction work of Melamchi... Read More...