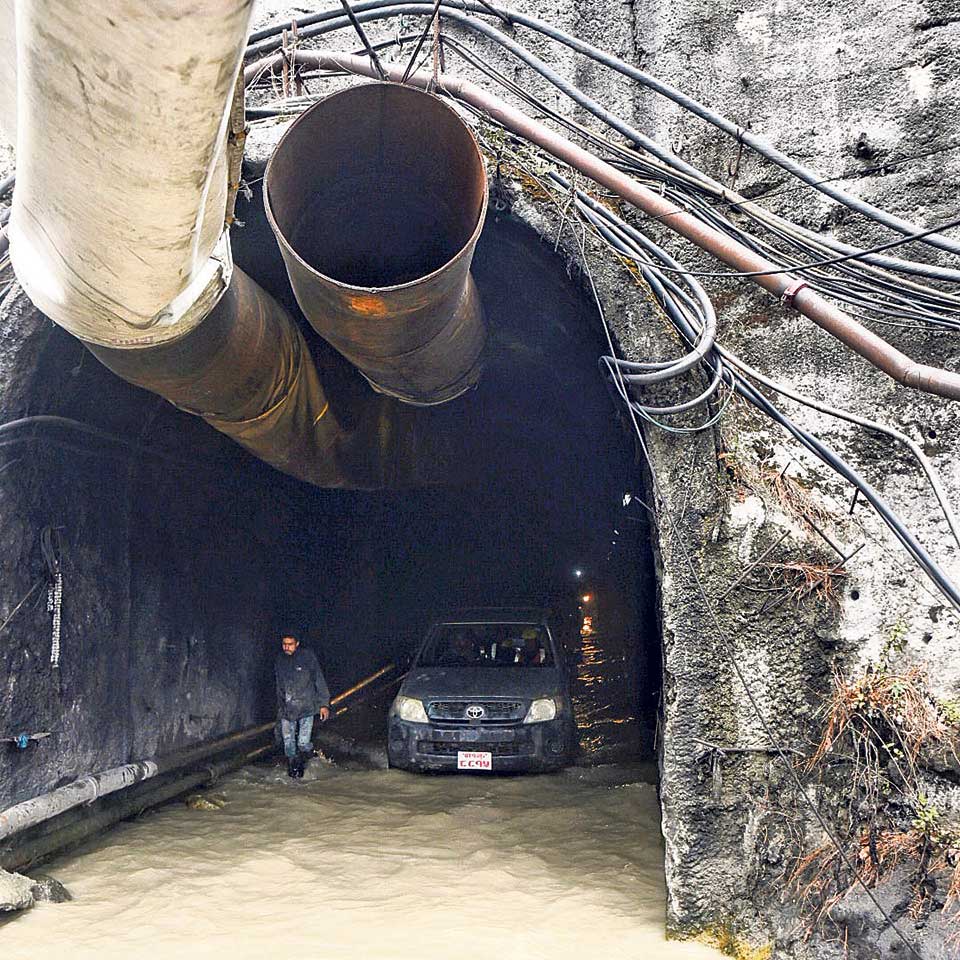 KATHMANDU, May 7: A board meeting of the Melamchi Development Committee two weeks ago decided to complete the remaining tasks of the project through fast track contracting and domestic civil contractors, but Minister for Water Supply Bina Magar has not yet tabled the proposal at the cabinet.

The board recommended to the minister to bring the matter up at the cabinet for a special decision so that the project could be completed at the earliest possible. This was the mode for contract award suggested by two parliamentary committees in January after meeting with the minister and project officials. The Public Procurement Act 2007 has a provision allowing for fast-track procurement, but the decision has to be properly justified .

The board's recommendation was for completing the remaining tasks, mainly the headworks and the concrete lining in the tunnel. The agenda also includes minor tasks of fitting ventilation shafts and instruments of communications technology along the tunnel .

Only five percent of the work remains to be completed for the purpose of diverting water to the Valley temporarily through a coffer dam . But inaction on the part of the government and bodies under it has rendered the project sick . It has already been over four months since the civil contractor left the project site. The tasks of building dams at the headworks may take a bit longer than the work on temporary diversion of water to the Valley.

The board has recommended a detailed action plan for completing the project with a tentative cost of Rs 2 billion for the remaining tasks, informed board member Chandra Bahadur Thapa.

The board came to its decision through a marathon of meetings but there was a kind of idleness since February second week after the termination of the contract for civil works with Italy's Cooperativa Muratori & Cementisti (CMC) di Ravenna came into effect.

Minister Magar stopped the board for a long time from taking any decision since then and for unknown reasons she also kept on making statements that she wanted to call CMC back to complete the work .

Asked about the delay in deciding the matter, the minister's personal assistant, Bijay Bhattarai, said she was still thinking about the legal issues involved . He declined to divulge details .