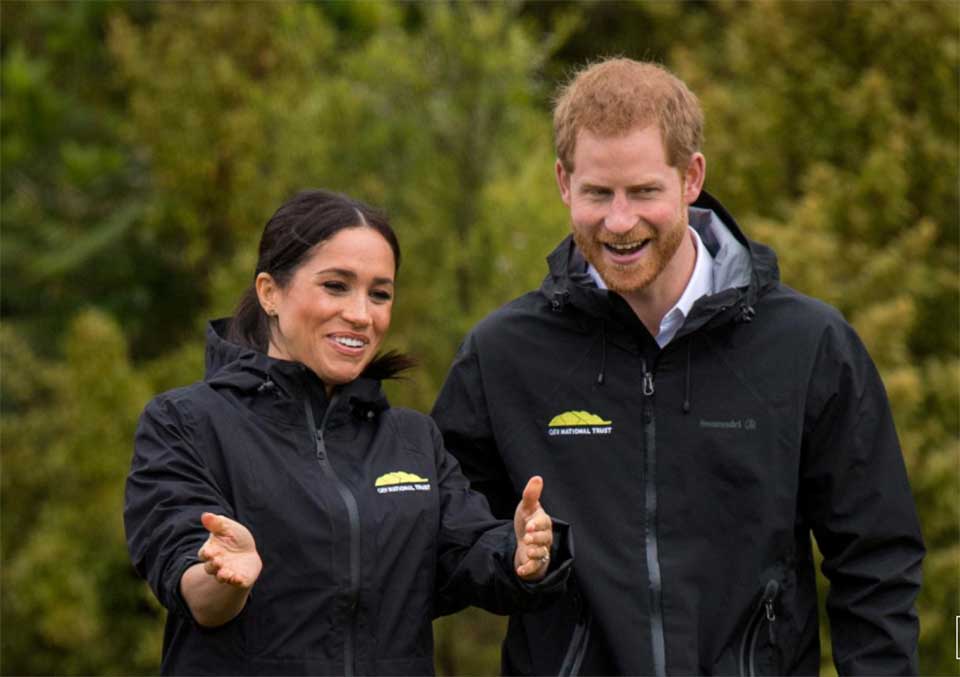 WELLINGTON, Oct 30: Britain’s Prince Harry and his wife Meghan threw rubber gumboots on Tuesday as children cheered in a competition in New Zealand’s largest city of Auckland, though Harry’s team ended up losing to his wife’s side.

A 6.1 magnitude earthquake felt by thousands of people in New Zealand did not disrupt the schedule of the couple, who are on the final leg of a Pacific tour that has included Australia, Fiji and Tonga.

“There wasn’t too much of a rivalry,” Isabella Iti, 10, said after the gumboot toss. “I think she was thinking that there was no chance that she would win. But she did.”

The Duke and Duchess of Sussex were visiting a conservation area north of Auckland that had been set aside as part of a Commonwealth initiative to honor Queen Elizabeth’s 66 years on the British throne.

There, the couple split off and each led a team of cheering children in a competition to see who could throw a rubber rainboot - known locally as a ‘gumboot’ - the farthest.

Meghan, wearing black J Crew jeans and a Karen Walker blazer, led her team to victory after tossing a blue boot about a meter (3.2 feet) further than Harry’s red one.

Gumboot throwing is famously associated with the rural town of Taihape, around 420 km (260 miles) south of Auckland, which hosts an annual gumboot festival.

Mike Jebsen, chief executive of the QEII National Trust, said the mayor of Taihape gave his blessing to hold the gumboot competition.

“We wanted to give the royal couple a taste of rural New Zealand, and there’s nothing more quintessentially Kiwi than a gumboot throw!” he said.

In the afternoon, Meghan and Harry traveled to South Auckland to visit the head office of Pillars, a charity that mentors the children of prisoners.

For their wedding in May, Meghan and Harry had asked for charitable donations in lieu of gifts. The New Zealand government gave NZ$5,000 ($3,271) to Pillars in recognition of couple’s interest in programs that support vulnerable children.