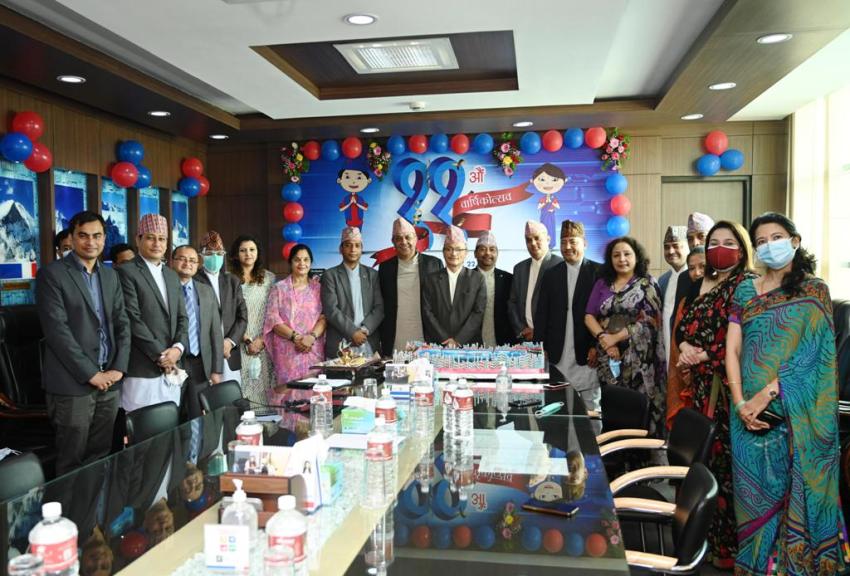 KATHMANDU, July 22: Mega Bank has provided Rs 1.20 million to support flood and landslide victims in Sindhupalchok and Manang districts to mark the completion of 11 years of its establishment.

Speaking at a program, Mega Bank Chairman Bhoj Bahadur Shah said they have prepared a five-year strategic plan to mark the bank’s 11th anniversary. “We will be focusing our investment on central bank-defined priority areas including agriculture, energy, small and medium industries and deprived community credits, which could help promote import-substitution, export-promotion, production business and employment generation,” Shah said.

Anupama Khunjeli, chief executive officer of the bank, said they have been promoting digitization in the banking service owing to the existing risks of COVID-19.

Mega Bank currently has a deposit collection of Rs 145 billion and has provided loans of Rs 141 billion. It has provided jobs to more than 1,700 employees and operates 178 branches, 137 ATMs, 33 extension-counters and 71 branchless banking services in 58 districts across the country, reads a press statement issued by the bank.

Khanal trailing behind UML's Basnet in Ilam-1
3 minutes ago

Rs 37 billion pledged under foreign loans to Nepal, grants not received
7 minutes ago