Meet Katie Bouman, the woman who helped to create the image of the black hole 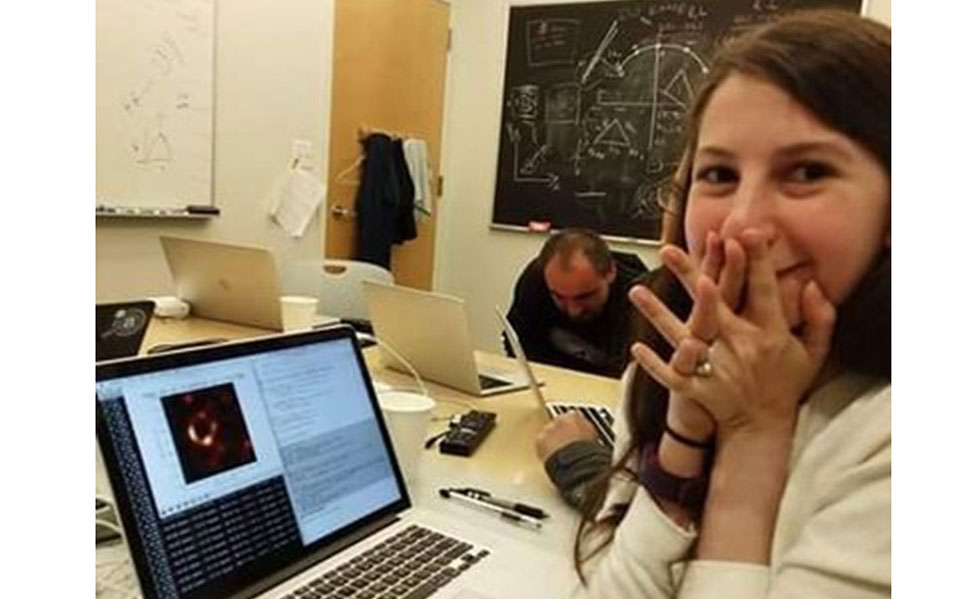 April 11: It's been a huge day for science. And an even bigger day for female scientists.  Despite the tall order, an international team of more than 200 researchers unveiled the first-ever image of a black hole on Wednesday.

The effort wouldn't have been possible without Katie Bouman, who developed a crucial algorithm that helped devise imaging methods.

Three years ago, Bouman led the creation of an algorithm that eventually helped capture this first-of-its-kind image: a supermassive black hole and its shadow at the center of a galaxy known as M87. She was then a graduate student in computer science and artificial intelligence at the Massachusetts Institute of Technology.

Part of what’s made her popular is two photos that spread across social media. In one photo from the BBC, Bouman is standing next to a table stacked with hard drives of data. Some people remarked that the photo is reminiscent of an iconic 1969 image of Margaret Hamilton with the printout of the Apollo guidance software code she and her team developed.

Another reason her name's suddenly shooting around social media: history has rarely given women scientists the recognition they deserve. Take Hidden Figures, for example, which told the story of the women who calculated John Glenn's flight trajectory.

Bouman did not immediately respond to a request for comment, but told CNN, "No one of us could've done it alone. It came together because of lots of different people from many backgrounds."

She also posted a photo on Facebook of her reaction to seeing the black hole images.

Earthlings got the first direct look at a black hole, thanks to the Event Horizon Telescope, an array of eight radio telescopes around the world working together to create the image.

But in the midst of making jokes about how that photo kinda sorta looks the eye of Sauron and wondering how this newfound information could impact Albert Einstein's theories of gravity, social media focused on making sure one of the women behind the project gets credit for her contributions.