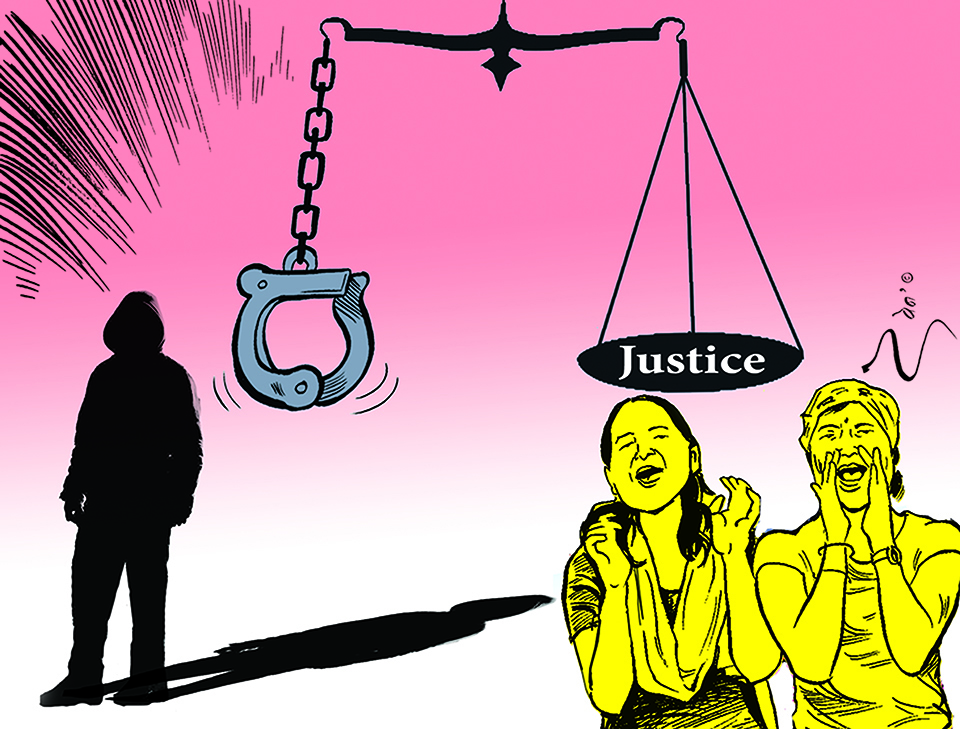 The author is an international peace research and human rights activist
news@myrepublica.com

If proposed high-level political mechanism provides the space for concluding remaining tasks of peace and justice, we need to support it

This piece is in response to Charan Prasai’s article “Playing politics with justice” (Republica, December 19). The seasoned human rights activist has interestingly argued that proposed high-level political mechanism is a red-herring to elude justice. Majority of the victims have taken the proposed mechanism positively and have also endorsed that through their 23-points Charter that was introduced at the end of their two days-long national conference to commemorate the signing of Comprehensive Peace Agreement last month. Some prominent human rights defenders and civil society stalwarts have supported the idea of creating such a mechanism.

Since it will be a home-grown and consensus-based local initiative, I wonder why the exalted rights defender did not opine in line with what his Accountability Watch Committee (AWC) articulates: Creation of a consensus-based broader national framework for transitional justice.

The victims should test this new mechanism only when it has a greater probability in fulfilling their interests. Jumping on one camp and following the bandwagon without understanding the implications of such a mechanism can also put the last nail on the coffin of impasse. Therefore, it is very important for the victims to be clear on this before they move ahead. They should be cautious to not get revictimised on any war of their supportive rights defenders.

I do not agree with Prasai for the following reasons. First, it is too early to intervene in the process of creating the mechanism. A little wait could have clearly foretold the direction it is heading to. This sort of early caveat against the new idea is prone to divide the victims who have been and should be united for the purpose of peace and justice. As a consequence, even if it has come out of the benevolence, keeping earnest and greater interest in mind, it can entrench the rift between the victims rather than encouraging them to find the Best Alternative to a Negotiated Agreement (BATNA) within.

Our transitional justice process has now stuck in the issue of prosecution and accountability. We all know that without finding a common ground for all, this situation is not going to change. We have always been advocating the penalties of regular justice even for the transitional justice process. If we put ourselves on the shoes of those alleged perpetrators holding power, probably we too would not opt to get imprisoned for 20 years for fighting a civil war. This fear has led to the futility of the two transitional justice bodies—Truth and Reconciliation Commission (TRC) and Commission of Investigation on Enforced Disappeared Persons (CIEDP).

Nevertheless, there are spaces in the transitional justice process where the stakeholders are able to decide on the kind and extent of punishments to be sanctioned against the war-era human rights abuses. This is done by the stakeholders themselves, not by some justice counsellors or legal councils. And who are our stakeholders? They are the political parties inside and outside the government, victims, alleged offenders and national and international watchdogs. Then why are we afraid to encourage the victims in their pursuit of political bargaining?

Nobody in Nepal seems to be ready to say that we need lenient punishment provisions to deal with the conflict-era cases. From the two draft amendments of Enforced Disappearances Enquiry, Truth and Reconciliation Commission Act (2014), it is quite clear that the government wants to introduce such legal provision from the backdoor entry so as to avoid punishments whereas the victims have been continuously fed by national and international players not to agree on anything less than what is in our criminal justice system. However, as long as it sticks to the international legal obligations, it is the sovereign right of the country to design distinct transitional justice laws depending on the domestic provisions and agreements.

It is the victims, alleged perpetrators, government, civil society stalwarts and the human rights workers who should come together to discuss and find a consensus on how these post-conflict peace, justice and reconciliation policies are made. This is exactly what had happened in Colombia, which was ravaged by war for 56 years. They held meetings in Havana, the capital of Cuba, from 2012 and signed ‘Special Jurisdiction for Peace’ accord in November, 2016. They reached the conclusion from the meaningful participation of all the stakeholders. Their legal provision was more or less like the second draft amendment of our TRC Act.

How was it possible in Colombia? Why is it not possible in Nepal? It is because the victims in Nepal did not own the draft amendment as they were not included in the drafting process. The government and the political parties have always assumed that the victims would not cooperate on any kind of lenient laws. It’s not so. They are also equally worried to complete the remaining process, for they are the ones who have been affected the most by prolonged delay.

It can be possible that they accept the provisions of reduced incarceration and the community service for their perpetrators. But how can this be known without consultations and dialogues? There are examples where the alleged offenders themselves have desired for prosecution, as the victims themselves in many countries, including Colombia, have wanted softer sentences to the offenders.

The February 2000 article “Cambodian Talk about the Khmer Rouge Trial” published in The Phnom Penh Post says that in the voting conducted in Pailin, the last stronghold of the Khmer Rouge, regarding whether or not the Khmer Rouge be prosecuted for war crimes, the majority voted for prosecution. It was an unexpected result because the majority of the voters were former Khmer Rouge cadres. This suggests that the victims and the alleged offenders may not be like how they are assumed. Any platform that can bring them together can assist them not only in understanding others’ needs, interest and positions, but also adjusting their own to find a common space.

For a long time, the human rights activists and the civil society workers have become the interlocutors between the victims and political leaders in Nepal. Learning from the past 12 years that went in vain, the victims have wanted to deal with the key players themselves. This is important as it will enable them to identify common ground with their perceived antagonists. The shift from non-engagement to critical engagement shows how desperate they are in concluding remaining tasks of peace and justice. And if a high-level political mechanism provides that space, it is important to support it with some skepticism.

The author is an international peace research and human rights activist

If the voices of the victims are ignored and justice process is put on hold like this, Nepal’s TJ process... Read More...

Many reports have pointed out that the police hardly register the cases of crimes of caste-based discrimination and rarely carry... Read More...

After death of an elderly due to COVID-19, 14 of his family members test positive for virus in Morang
47 minutes ago