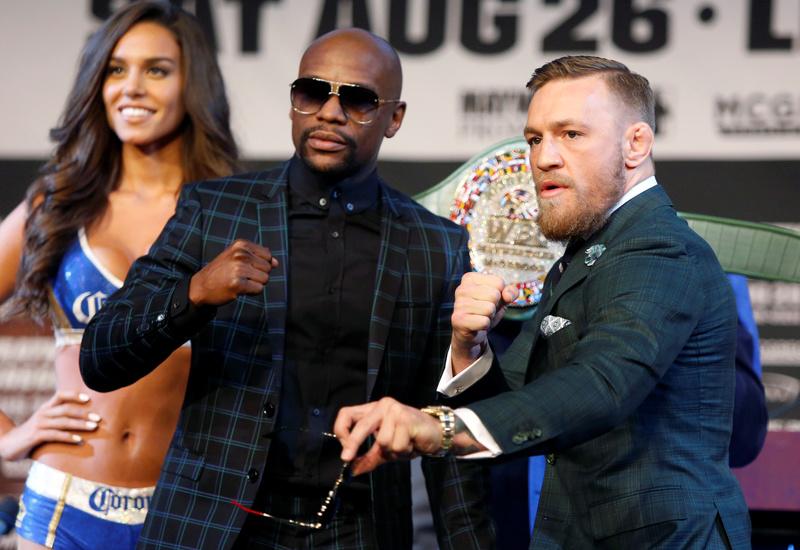 LAS VEGAS, August 24: Conor McGregor and Floyd Mayweather Jr. declared a truce on Wednesday after weeks of vicious verbal attacks, offering praise instead of profanities at the final press conference ahead of their much-anticipated fight.

Since the fight between undefeated boxer Mayweather and mixed martial arts champion McGregor was announced in June, the two men took part in a profanity laced world tour to hype a bout that has been met with both skepticism and excitement.

The final press conference ahead of Saturday's fight, however, was closer to a love-in than a battle field with Mayweather, in particular, complimenting the man who has questioned everything from his manhood to his fashion sense.

"It's not going to be an easy fight. There will be blood sweat and tears Saturday."

McGregor was far less effusive in his compliments but after months of mercilessly attacking Mayweather said he welcomed the pause in hostilities.

"There's been a lot of crazy press conferences, this is a lot more subdued, a lot more business like the way I like it ... sometimes," said McGregor.

After the two had turned the air blue with profanity during the earlier media tour, Mayweather went the entire press conference on Wednesday without swearing.

McGregor could not hold his tongue but saved his venom for a member of Mayweather's "Money Team" who taunted him from the audience, telling him he was going to be knocked out.

"Not by you, whoever you are," countered McGregor. "Tell that bitch to shut up," the Irishman growled while looking at Mayweather, who later chastised the member of his team.

The restrained tone of Wednesday's media conference underscored the high stakes of what is expected to be the richest fight in boxing with McGregor in line for $100 million paydays and Mayweather as much as $200 million.

While boxing purists and pundits have denounced the fight as nothing more than a laughable cash grab it has nonetheless captured the fascination of fans.

Showtime executive Stephen Espinoza said the fight, which will be distributed in more than 200 countries, is on pace to smash pay per view records.

While the fiery rhetoric was toned down, both remain confident of the outcome.

"I will go forward, I will put the pressure on him and break this old man," said McGregor, who said he expected to end the 12-round bout inside two rounds. "Trust me on that.

"I am going to out the box this man at his own game."

The only message Mayweather had for McGregor was his record reminding him that he was trying to do something that no one has ever been able to do; beat him.

"I know one thing I can do I can fight," said Mayweather. "I can give it and I can take it

"But for me to be 49-0 it is obvious I have been giving it and not receiving it.

"Anything and everything in boxing that can be done, I've done it. I was born a fighter, I will die a fighter."

Trade union to protest if voluntary retirement not allowed

KATHMANDU, May 17: The official trade union of civil servants has threatened to launch protests if the government did not immediately... Read More...

LAS VEGAS, August 27: Floyd Mayweather Jr. put on a show in the last fight of his spectacular career. ... Read More...

Trading via Tatopani and Rasuwagadhi still closed despite government assurance: Importers
22 hours ago