MCC is made out to be sponsored and blown up: Foreign Affairs Minister 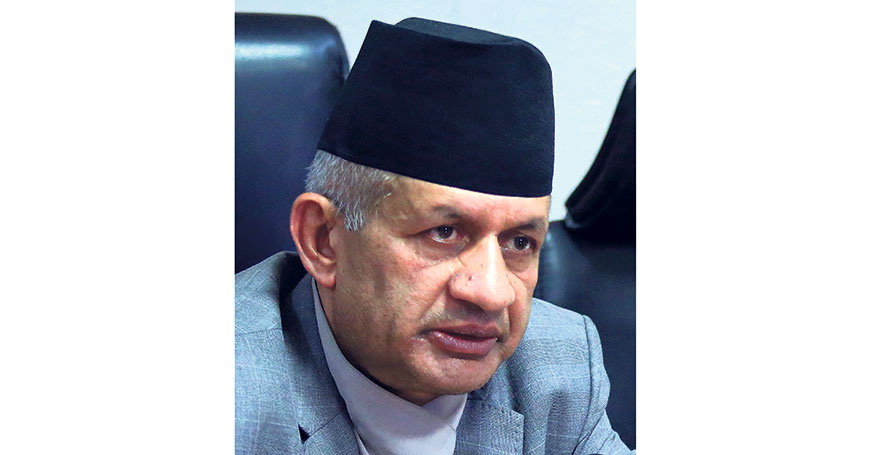 GULMI, Feb 4: Minister for Foreign Affairs Pradeep Kumar Gyawali has said whatever things have come out regarding the Millennium Challenge Corporation (MCC) have come in an exaggerated and sponsored way.

Stating the government has introduced this topic keeping the country's and people's interest in the centre, he said nobody should attempt to make the relations with a friendly country bitter through 'unnecessary talk' in the market about this.

Minister Gyawali expressed this in a press meet organised by Press Organisation Nepal Gulmi at Tamghas, the headquarters of Gulmi district. He arrived in his home district in connection with attending the health insurance declaration programme that is starting from today.

Reiterating that the government would move ahead to protect the national interest, benefit the people and for the country's development, the Foreign Affairs Minister said people who even do not know the full form of MCC have started a smear campaign against MCC in the market.

He commented that a useless and unfruitful debate was being carried out regarding MCC.

Describing the political parties as the pillars of democracy, he said democracy would be weak if the parties were weakened.

Minister Gyawali also said the government's self-confidence has been increasing with two years' work performance. He argued that the ruling Nepal Communist Party (NCP) has been established as the most popular political party now.

Minister Gyawali stated this government alone will fulfill the many years' aspiration for prosperity of people and that nobody should be confused about this. He added that the people have given a big responsibility to the incumbent government and accordingly the government was also committed to fulfill this responsibility in a sincere manner.

KATHMANDU, Feb 21: Taskforce formed to study on a grant scheme by the US Millennium Challenge Corporation (MCC) is likely... Read More...

KATHMANDU, Jan 22, Deputy Prime Minister and Minister for Defence Ishwar Pokharel has admitted that the government has not been... Read More...

Some lawmakers want terms and conditions of MCC agreement re-negotiated before endorsing it through parliament ... Read More...

Rainfall likely in some areas in country today: MFD
6 hours ago