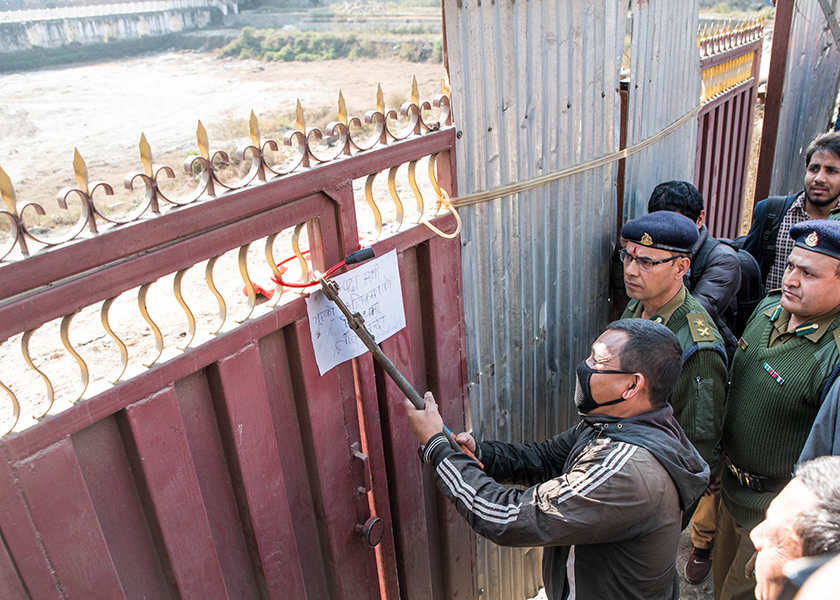 KATHMANDU, Dec 26: The row between Mayor Bidhya Sundar Shakya and Deputy-Mayor Hari Prabha Khadgi of Kathmandu Metropolitan City (KMC) has reached its saturation level. Recently, the dispute between KMC mayor and deputy-mayor was seen vividly on Tuesday in the reconstruction of Ranipokhari.

“Ranipokhari carries historic significance. We cannot take a chance to reconstruct this historical site threatening to its importance. We are here to protect it which has an archaeological value”, Khadgi said. The locals of the KMC are protesting against the use of concrete materials.

However, Mayor Shakya instructed to unlock the gate of Ranipokhari within two hours. Few locals present at the site made objection. “I came here to monitor after the dispute took place. We will try to settle down the dispute very soon with coordination of archaeological department, Nepal Reconstruction Authority and Kathmandu Metropolitan City”, Shakya informed.

With clean-feed coming into force, foreign TV channels are ad-free; some 150 channels’ broadcast suspended
7 hours ago

21 deaths from COVID-19 in Sudurpaschim Province
11 hours ago