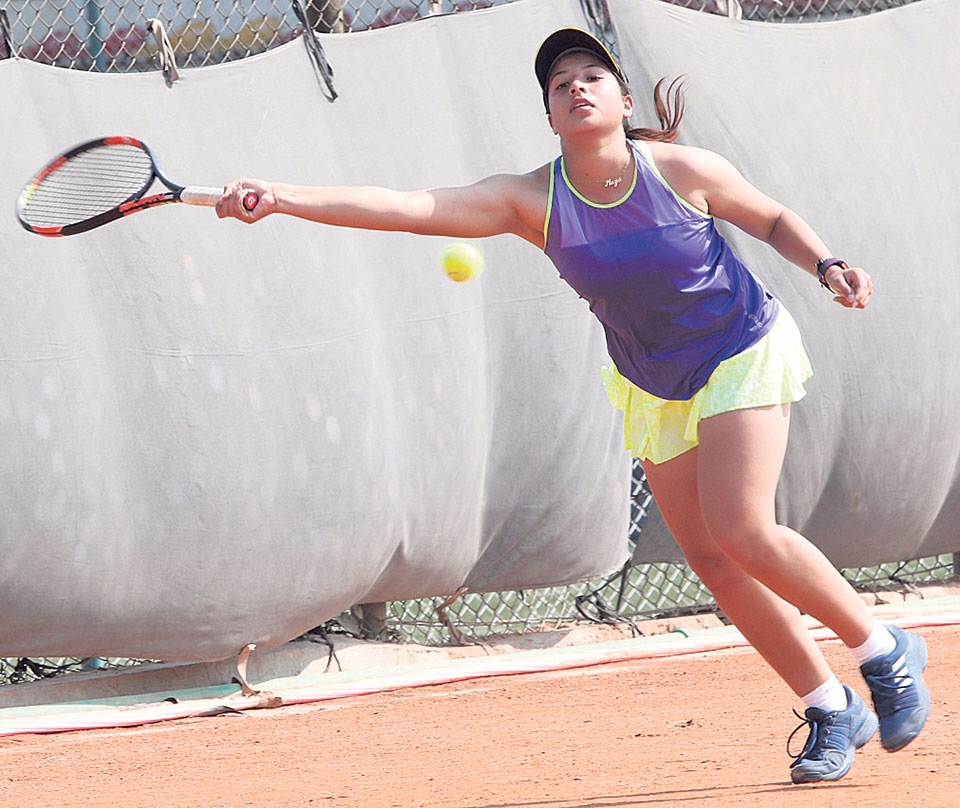 Mayanka Rana in action against Ira Rawat during a second round match of the Nepal ITF Junior U-18 Tennis Tournament at the Satdobato Tennis Complex in Lalitpur on Wednesday.

Likewise, in boys’ singles, a single standing Nepali player Pranav Khanal suffered a defeat against Japan’s Keiju Miyake 6-0, 6-0 and failed to make his way into the last eight round.

Lastly, in girls’ doubles, the Rana siblings [Mayanka and Mahika] were defeated by the pair of China Taipei’s Skia Kung and Hong Kong’s Chui Kei Leung 6-0, 6-2 and were dumped out of the quarterfinal stage.

Similarly, in other matches of the same category, the Indian pair of Aspreet Kaur Bajwa and Prinkle Singh saw off the Nepali pair of Abhilasha Bista and Ira Rawat 6-1, 6-4, while China’s Yiming Dang and Japan’s Manami Ukita defeated the Indian pair Hrudaya Shah and Trisha Vinod 6-1, 6-0 to advance into the last four.

Joshi becomes first Nepali to serve as university dean in US

KATHMANDU, May 23: Dr Jeet Joshi who was born in Tanahu, a district in province 4 had reached the United... Read More...

Six killed, Six injured in landslide in Dhankuta
21 hours ago