May tries to save Brexit plan after speaker's bombshell 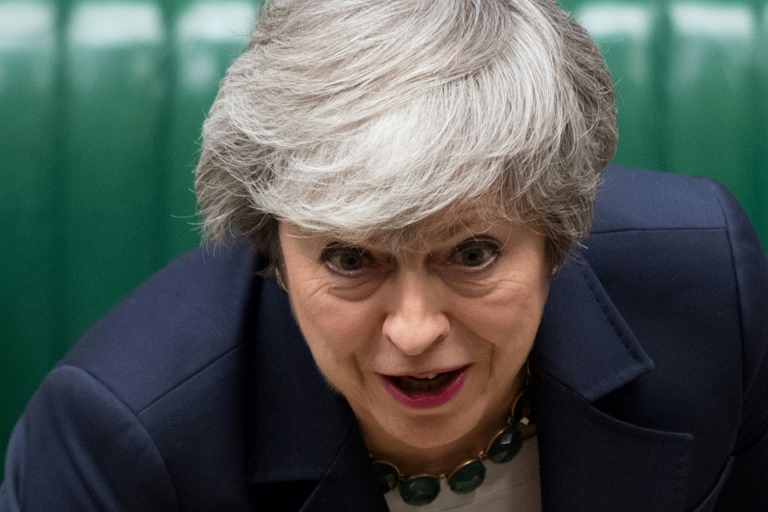 LONDON, March 19: British Prime Minister Theresa May held crisis talks with her ministers Tuesday after the speaker of parliament threatened to derail her EU withdrawal plan just 10 days before Brexit day, leaving her strategy in tatters.

May is still hoping she can get the divorce agreement she struck with the European Union through parliament before March 29, despite MPs having rejected it twice.

But in a dramatic ruling that prompted fury in government and warnings of a constitutional crisis, House of Commons speaker John Bercow said on Monday he could not put it to another vote in its current form.

Weeks of chaotic political deadlock in parliament have already forced May to concede that Brexit must be delayed, amid fears of an economic shock if Britain ends its 46-year membership of the EU with no new arrangements in place.

But she had been hoping to ask EU leaders for only a short delay when they meet at a Brussels summit on Thursday, warning that without a deal, any extension would be lengthy.

Pro-Brexit newspapers in Britain condemned Bercow as the "Brexit Destroyer" and reports suggested May is now planning to ask for a 12-month delay.

"The reality is the best way to deliver on Brexit is to back the prime minister's deal," Brexit Secretary Steve Barclay told the BBC.

He said cabinet ministers would discuss Bercow's ruling at their weekly meeting on Tuesday.

PRU/AFP/File / HOJohn Bercow, the speaker of parliament, has been dubbed the "Brexit destroyer" by the pro-Brexit media in Britain

Meanwhile in Brussels, EU ministers preparing for this week's summit wait to see the fallout.

"There is less clarity today than yesterday," said George Ciamba, minister delegate for European affairs for Romania, which holds the rotating EU presidency.

The speaker's ruling adds further complexity to an already chaotic Brexit process that has exposed deep rifts in parliament.

MPs still cannot agree how to implement the 2016 referendum to leave the EU, and voters remain divided almost three years after they voted 52 to 48 percent for Brexit.

Even before Bercow's move, May was by no means certain of getting her deal through parliament after it was decisively rejected in January and then again last week.

Many of her Conservative MPs are still opposed to the text, believing it keeps Britain too closely aligned to the EU.

Several suggested that Bercow's ruling means May must now return to the negotiating table, even at this late stage.

However, Barclay warned: "It is the only deal on the table from the EU -- the EU have been consistent on that.

"Either we back the prime minister's deal and get Brexit over the line or we risk either a softer Brexit or no Brexit at all."

Bercow's decision was based on a precedent dating back to 1604, that the same or "substantially the same" proposal cannot be put to MPs again in the same parliamentary session.

He indicated that the changes necessary to bring the deal back for another vote would have to result from talks with the EU.

Constitutional experts suggested that if the EU agrees to an extension, that might also constitute enough of a change to have a vote after the summit, next week.

If a majority of MPs swing behind May's deal, they could pass a motion to force Bercow to allow another vote.

Solicitor General Robert Buckland has even suggested ending the parliamentary session early and starting another straight after.

There is deep frustration at the latest setback in government, where ministers have long questioned Bercow's neutrality on Brexit.

One government source accused him of trying to force a delay in which a new, closer relationship with the EU could be agreed.

"There are ways around this," Buckland said, but added: "We are talking about hours to March 29. Frankly we could have done without this."