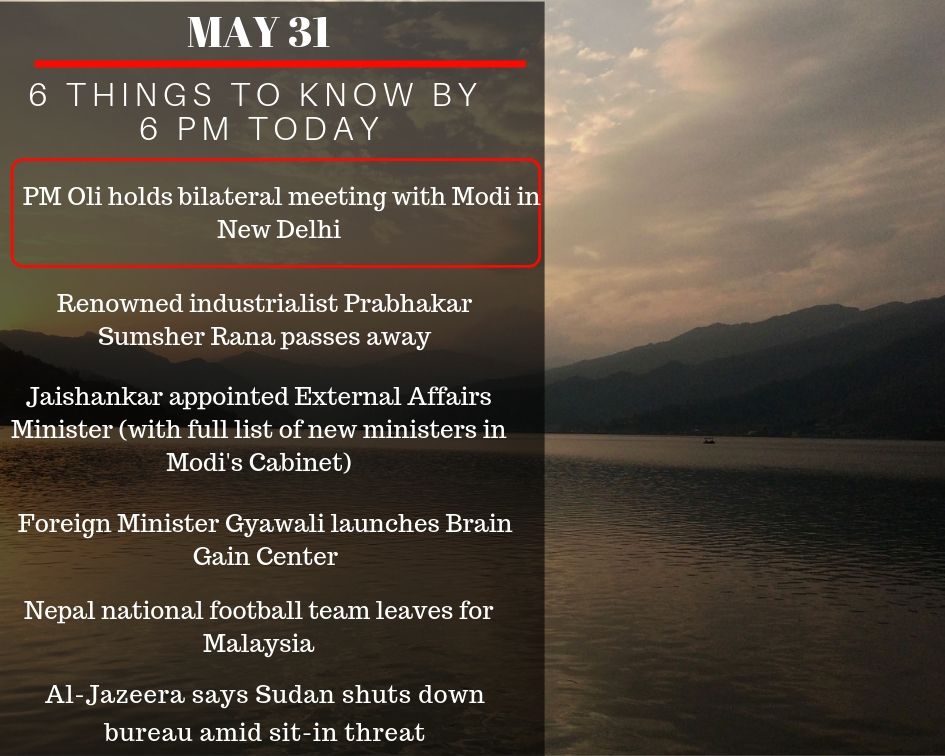 Prime Minister KP Sharma Oli held a bilateral meeting with his Indian counterpart Narendra Modi on Friday. During the meeting, the two Prime Ministers exchanged views on maintaining the momentum generated in the recent past and expressed commitment to taking the bilateral relations to a new height, according to a press release issued by Nepali Embassy in New Delhi. 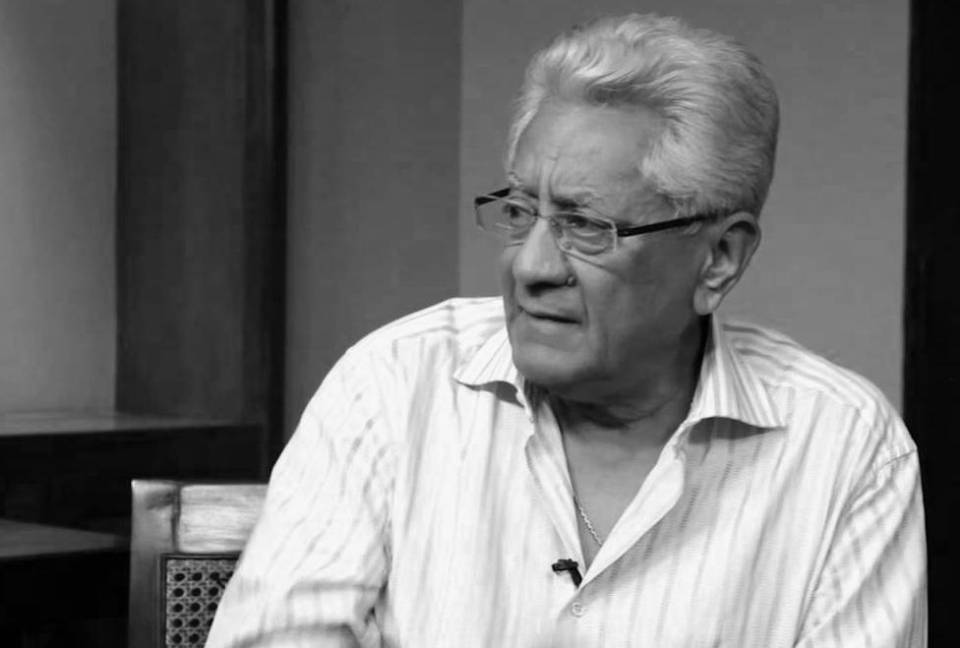 Rana, who is considered as the pioneer of the Nepali hotel industry, died in course of treatment at Rehabilitation Centre in New York. He admitted to the hospital one year ago. Renowned industrialist Prabhakar Sumsher Rana passed away in the United States on Thursday. He was 84. Rana established Sipradi Trading Pvt. Ltd in Kathmandu in 1982, which became the exclusive distributor of Tata Motors Ltd. for Nepal. Rana also established Bhote Koshi Power Company in 1996. 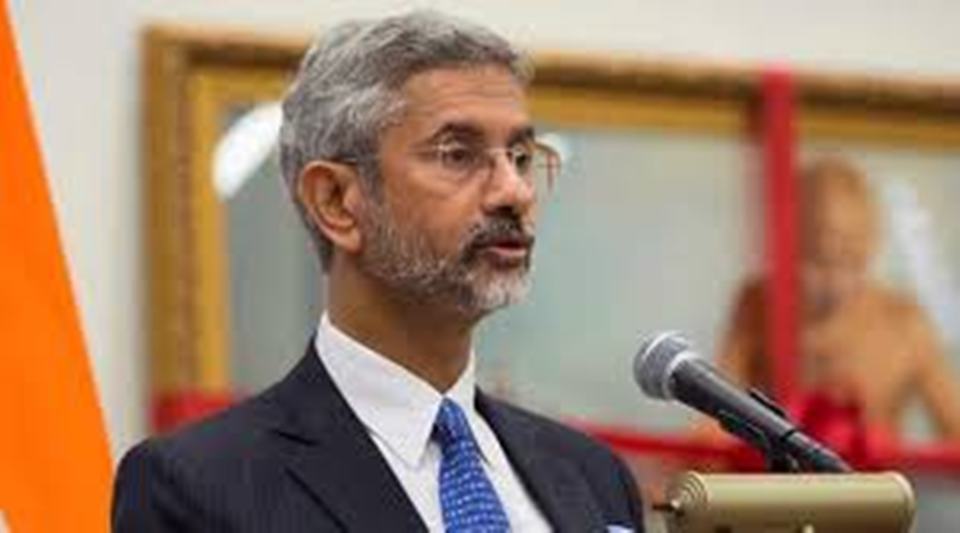 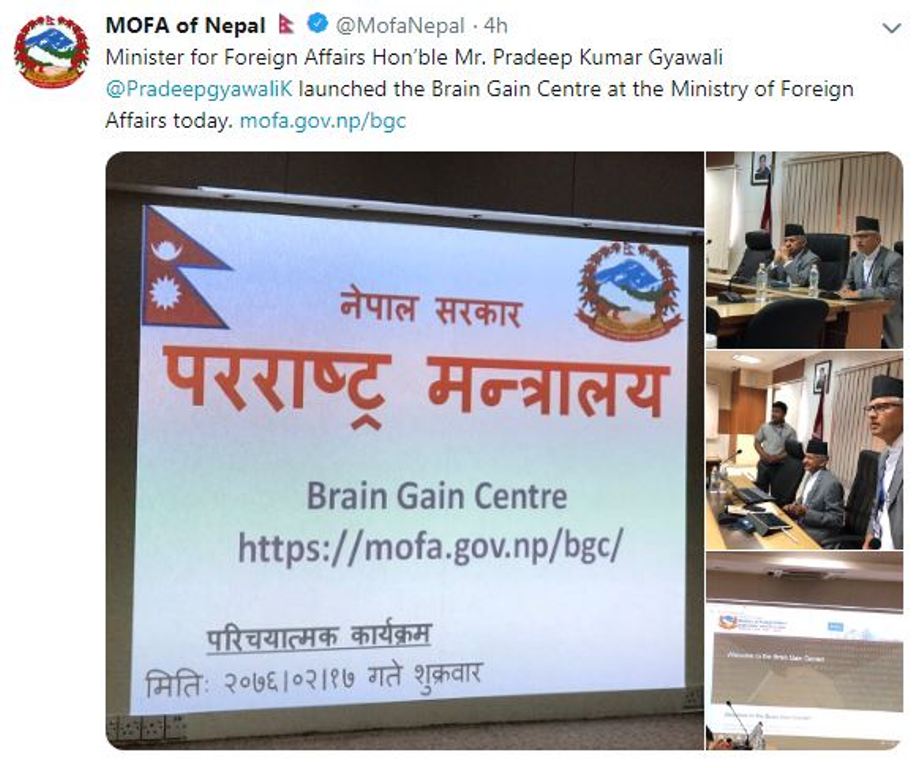 Minister for Foreign Affairs Pradeep Kumar Gyawali inaugurated the Brain Gain Center (BGC) amid a function held at the Ministry of Foreign Affairs (MoFA) on Friday. The BGC is a platform maintained and run by the Policy, Planning, Development Diplomacy, and Overseas Nepali Affairs Division under the MoFA to collect information about and foster partnership with Nepali experts and professionals around the world. 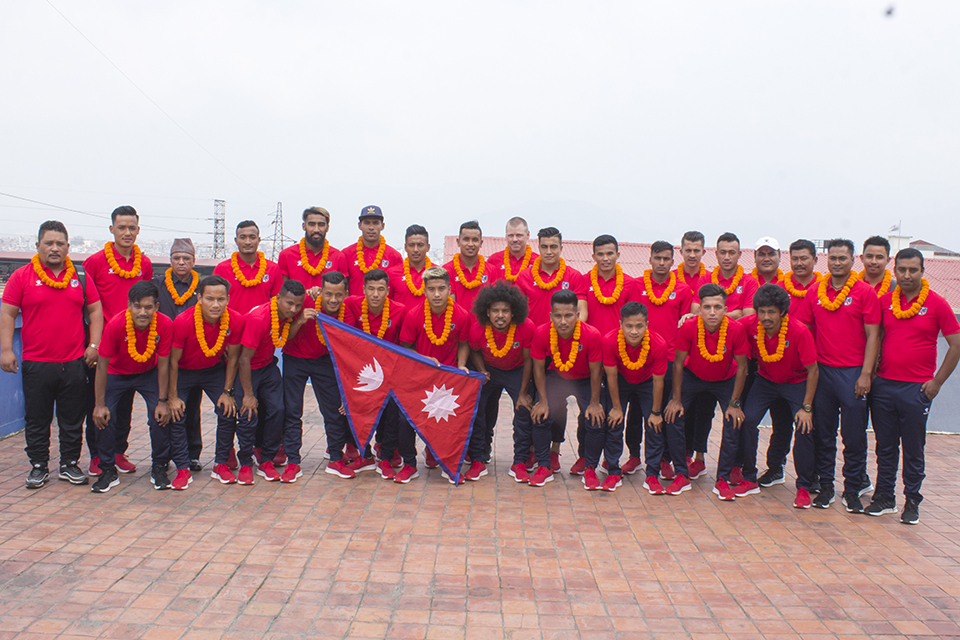 The men’s national football team has headed for Malaysia after a farewell program organized by All Nepal Football Association (ANFA) on Thursday. ANFA President Karma Tshering Sherpa and Secretary of Ministry of Youth and Sports Krishna Prasad Devkota gave farewell to the team of players and officials during a function held in Kathmandu.

The satellite news channel Al-Jazeera said Friday that Sudan shut down its bureau, just as the country’s military government warned that the Khartoum sit-in that helped bring ruler Omar al-Bashir’s ouster had “become a threat to the revolution.” The threat against the sit-in comes as civilian forces and the military remain divided on how much power soldiers should have in a transitional government.