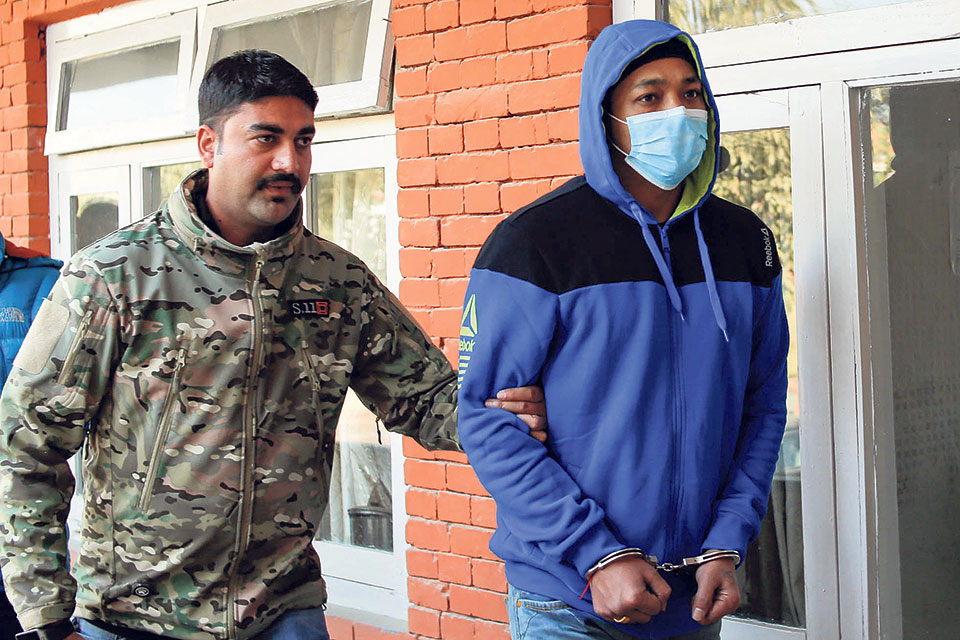 Police in Kathmandu on Sunday made public Samirman Singh Basnet, who has been accused of masterminding the murder of construction contractor Sharad Kumar Gauchan.

KATHMANDU, Dec 4: Nepal Police has nabbed the alleged mastermind behind the killing of construction contractor Sharad Kumar Gauchan, the then chairman of the Federation of Contractors' Association of Nepal (FCAN).

Gauchan was shot dead in broad daylight near his home in New Baneshwar while he was heading for FCAN's office in Anamnagar on October 9.

The Central Investigation Bureau of Nepal Police on Sunday made public Samirman Singh Basnet on the charge of orchestrating Gauchan's murder. Basnet, who was arrested on Saturday in Chitwan, plotted the murder after disputes over money, according to DIG Puskar Karki.

Karki said that Singh was also involved in the murder of Durga Tiwari in Rupendehi in December 2016 and Dawa Lama in Kathmandu.

Police said the monetary dispute arose after Gauchan refused to pay back Rs 20 million that he had allegedly borrowed from notorious gangster Kumar Ghaite and Basnet. Ghaite was killed in an encounter with police last year. After Ghaite's death, Singh had insisted that he should get the entire Rs 20 million. Gauchan had also refused to pay 2 percent commission from a tender bid won by Gauchan's company to construct the postal highway.

Parsa, Nov 1: Three people have been arrested on the charge of cheating people by promising them a job as... Read More...